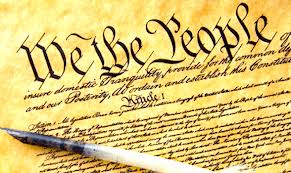 Searching for Signs of Intelligent Life in Politics

There is nothing in the universe that operates exactly the way that politics does so maybe we will be just wasting our time looking for signs of intelligent life in the realm of politics, but if we consider that a good deal of our lives depend on politics and politicians what choice do we really have. Perhaps we shouldn’t begin our search for  intelligence in the “Dumb-o-crat” Party. Recently twenty eight “Dumbocrats” participated in a night long session of Congress on one of their most favorite subjects, global warming . If that is any indication of the quality of critical thinking that prevails in the Democrat Party then I know we will be just wasting our time looking for any intelligence over there.  There might be some potential cause for optimism though in the Republican Party. At least they stayed away from the global all-nighter orchestrated by the Democrats. So let’s start our search for intelligent life by looking at the Republicans and the GOP. Let’s probe that stellar body of higher intellect to see if there really is any reason for optimism…

Now before we launch into our political probe let me remind you that the United States is really not a democracy at all. It is a constitutional republic. It was never intended to be a democracy.. or a “dumbocracy”. Nevermind the fact that “Dum-bo-crats” pay no attention at all to the Constitution. Most of them stand on something called legal precedent which is what progressive lawyers, and legislators, and judges stand on when they won’t stand on the Constitution and they can’t stand on the rock of wisdom and common sense. To them the Constitution is just a rudimentary foundation upon which they can build a better structure for governance.

Progressives look at the Constitution like they look at a fractured slab of concrete. They think they have spotted numerous cracks as big as fissures which  they can put their foot in…. Worse than that they can put their hands in. In their mind the Constitution was a poor first attempt at self-government which was dreamed up by a bunch of  old white men who owned slaves and rode horses. Why these old slave owners didn’t even enjoy the conveniences of indoor plumbing so to all liberals the Constitution needs to be upgraded just like outhouses do. These self proclaimed progressive geniuses think they can do a better job than James Madison, Thomas Jefferson, John Adams, John Jay and the rest of the Founding Fathers did. I shudder to think what these “Dum-bo-crats” would say about the much older works of Aristotle, Socrates, or Plato, or even the Hebrew prophets who gave the world the Old Testament. I am sure these liberals think that even the least of them is smarter than all of these old wise men combined.

Let me give you an example of why progressive Democrat thinking is dangerous…  Progressive ideology first reared its arrogant head in the early 20th Century in the Republican Party with Teddy Roosevelt. Our Constitution was created in the 18th Century. When our Constitution was written the United States House of Representatives was elected by the people, but Senators were supposed to be elected by the members of the various State Legislatures,  however that is not the case anymore. Ever since the 17th Amendment was ratified in 1913 United States Senators are directly elected by the people too.  The House of Representatives was also supposed to be elected only by Americans. That meant citizens, but it was not specifically stated anywhere in the Constitution. It is implied however. Today any one who can make it across our southern border can vote in our federal and state elections and they frequently do. That includes Central Americans, South Americans, and Mexicans who are here illegally. For all practical purposes today you don’t  have to be a citizen of the United States in order to cast a ballot. You don’t even need to show an i.d. card in order to vote in many states. As long as you can get into our country and avoid being deported then you can cast a ballot in any election. Both Democrats and progressive Republicans are responsible for allowing this to happen . It was never the intent of our Founding Fathers to allow foreign nationals or people in our country illegally to vote.

The reason that members of the United States Senate were originally supposed to be elected by their State Legislatures was to ensure a proper balance of power between the States and the Federal Government, but progressive democrat thinking threw that noble concept out the window in 1913 with the 17th Amendment and ever since then the whole idea of State’s Rights has come to be associated with slavery and viewed as a bad thing. As I said nothing in the world of politics works the way  it should. Today the fifty States offer no meaningful resistance to the growing power of the Federal government. The States are basically ineffective at controlling this growing imbalance of power.

The 16th Amendment was passed and ratified at just about the same time as the 17th Amendment was. Its purpose was  to take away the power of the purse that the States originally held over Washington D.C. It provided a stable source of funding for the nascent federal government which was not controlled by the States. This new source of revenue for the Federal government removed any remaining power that the States had over the central government they had created.  It changed the way that taxes were collected by establishing a completely new tax on personal income which was to be paid directly by individuals to the Federal government thus bypassing the States altogether. This situation was never intended nor anticipated by the Founding Fathers. It was created by progressives who have no respect for the doctrine of Original Intent. Federal taxes were supposed to be collected and paid to Washington by the States just like Senators were supposed to be elected and sent to Washington by the States. There are not any sovereign States in America anymore.. All fifty States are just different appendages or divisions of one centralized government.

When the 16th Amendment was passed the idea of people directly electing their Senators seemed like a good idea at the time. More power to the people, right…? Wrong! It sounded like a good idea in theory, but in reality people don’t actually elect their Senators. Money does! Money drives everything in politics, and big corporations or big unions with lots of money to throw around during elections manage to manipulate our government thanks to another progressive Supreme Court decision which gave corporations the same rights and legal status as people. That decision was the 2010 Citizens United v. the Federal Election Commission decision.

The 9th and 10th Amendments clearly limit the power and authority of the Federal government. The Constitution lists all of the powers that the United States government has. It has no others than these. They are all enumerated in the Constitution.

Together the 9th and 10th Amendments form the basis of our freedom. They limit the power, size, and scope of the Federal government. They give all of the rights and the powers not specifically listed in the Constitution to the States or the People. But no one in Washington especially the “dum-bo-crats” pay any attention to the Constitution . So are there any signs of intelligent life in politics. In a word… NO.

If you enjoyed reading this article please don’t forget to let me know by clicking the LIKE  Button below and while you are at it sign up for my free RSS Newsfeed located at the top and bottom of this page… Thank You.