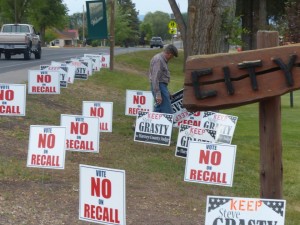 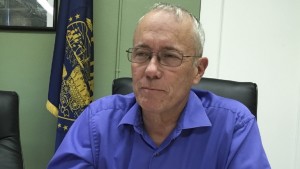 A County Court judge who also sits on the Harney County Commission which by any reasonable definition is a conflict of interest survived a vote to remove him from office today. The recall vote was a result of his actions and the decisions he made as a County Commissioner during the occupation of the Malheur National Wildlife Refuge.

Commissioner Steve Grasty is the Oregon judge who denied permission for the residents of Burns, Oregon to use a public building to meet with the protestors from the Malheur National Wildlife Refuge. The use of a public building was requested so that Ammon Bundy could explain to concerned residents of Burns what he and the other protestors were hoping to achieve by occupying the Malheur National Wildlife Refuge.

Judge Grasty was one of the strongest critics of Ammon Bundy and one of the principal opponents of the occupation of the Refuge. Today the decisions and the statements he made during the occupation of the Refuge were vindicated by the decisions of a majority of the townspeople of Harney County who voted not to recall him.  Unfortunately the voters included many State and Federal government employees who live in the city of Burns.

After driving most of the private businesses out of Harney County by creating a wildlife refuge and a government wilderness area the Federal government now employees just about everyone who is left. About all that is left to do for a living in Harney County is to go to work for one government agency or another. Just about everyone who lives in Burns is a liberal and works for the government so then it is not much of a surprise that Commissioner Grasty survived the recall vote. What is surprising  is that the residents of Burns didn’t actually nominate him to become their representative in the State Legislature too!

If there is any justice to be dispensed in Harney County it won’t be found in this referendum on Judge Grasty, or Commissioner Grasty, or Representative Grasty or whatever government title he chooses to hang over his office door, and it won’t be coming from the hallowed halls of the County Courthouse either. Judge Grasty will continue to sell out the State of Oregon to the Federal government as long as the people of Harney County continue to give him a platform from which to do it.