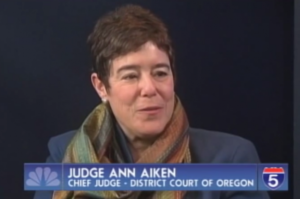 A group of global warming alarmists armed with environmental law degrees from the University of Oregon and led by Julia Olson, the Executive Director and Chief Legal Counsel for the group, Our Children’s Trust have filed a class action lawsuit against the United States government over climate change. These environmental lawyers purport to represent all future generations of Americans. That’s a pretty big boast, and in order to have any legal standing at all in the courtroom they have chosen to represent twenty one young children ranging in age from nine to twenty one years old from all over the United States of America. These young plaintiffs don’t know any more about the science behind our earth’s constantly changing climate than their very idealistic attorneys do. Eleven of the twenty one plaintiffs are from Oregon. Interestingly enough six of them are from the city of Eugene where the University of Oregon and the nonprofit corporation Our Children’s Trust are located.  The other ten plaintiffs have been carefully selected from around the country in order to make it look like they represent a wide variety of different cultures and ethnic groups from Washington to New York to Florida.

What each of these plaintiffs has in common with one another and with their rather scientifically naïve attorneys is an overactive imagination and a exaggerated sense of humanity’s role in actually changing the earth’s climate.   They do have an admirable concern for the future of our planet although it is misguided. These children have all been prepared and especially chosen for this project to serve as the plaintiffs in this historic case which maintains that the United States Government is responsible for climate change.  What is so remarkable to me and to just about very other anthropogenic global warming skeptic is that anyone actually believes that the responsibility for causing climate change comes from burning fossil fuels, or that Congress can have an impact on climate change which is really caused by fluctuations in solar activity when it can barely even manage to regulate its own activity.

The organizers of this lawsuit have formed a special nonprofit corporation called “Our Children’s Trust” which is located in Eugene Oregon. Our Childrens Trust is driven by extreme environmental groups like Sierra Club, and the environmental law school at the University of Oregon where three of the group’s leaders either possess a law degree  or they are currently members of the faculty. Their grandiose lawsuit on behalf of all future generations of Americans is using these twenty young plaintiffs essentially as legal guinea pigs in an effort to advance a left wing agenda. Their lawsuit was filed in Federal District Court in Eugene in 2015.

In the Spring of 2016 the Obama Justice Department together with attorneys representing the oil industry moved for summary dismissal of the case, but a Federal magistrate denied the motion to dismiss it on April 8, 2016. On November 10, 2016 Judge Ann Aiken reviewed the prior ruling and upheld the decision not to dismiss it. Now this rather frivolous litigation or landmark legal case depending on your particular point of view is on its current trajectory toward a trial sometime in 2017.

Apparently Judge Aiken thinks she knows as much about climate change as she thinks she knows about ranching and farming. Such wide ranging expertise in a girl who was born and raised in the little town of Salem,  and who never plowed a field in her life nor attended anything more than a compulsory high school science class is amazing, but she was educated at one of the America’s most liberal law schools and that probably explains just about everything.  This is a portrait of Federal Judge Ann Aiken.

Attorneys for the plaintiff’s in this case have found a very sympathetic ear in Ann Aiken, a liberal, activist judge who is also a graduate of the University of Oregon like they are.  Being in her courtroom is just like being in her class room.  Its just like old times for them.

In her ruling which allowed the case to proceed Judge Aiken noted that, “This is no ordinary lawsuit. The attorneys for these plaintiffs are correct in saying that they could not probably obtain the relief that they seek through citizen action lawsuits filed under the Clean Air and Clean Water Acts, or other environmental laws, however that misses the point. This lawsuit is different than a typical environmental case. It alleges that the defendants’ actions and inactions—whether or not they violated any specific statutory obligations—have so profoundly damaged our ‘home planet’ that they threaten the plaintiffs’ fundamental constitutional rights to life and liberty.” Furthermore she wrote, “Federal courts too often have been cautious and overly deferential in the arena of environmental law and the world has suffered because of it. Exercising my reasoned judgment, I have no doubt that the right to a ‘climate system capable of sustaining human life’ is fundamental to a free and ordered society.”

One of the plaintiffs in this case, a seventeen year old girl from White Plains New York named Victoria Barrett made the following statement, “Our planet and our generation doesn’t have any time to waste. If we continue on our current path, my school in Manhattan will be underwater in 50 years.”  This is typical of the kind of paranoid stupidity that is constantly being promoted by Al Gore-like proponents of An Inconvenient Truth. There is about an equal amount of stupidity coming from the paranoid climate change alarmists as there is from anyone who denies all the effects of local pollution on our local environment.. but the key word is local.. Whatever we mere mortals do we can hardly have the impact on the earth’s climate that sunspot cyles and solar activity does. It seems like the 59 year old Federal Magistrate and the 17 year old plaintiff from White Plains New York have a lot in common especially in regards to their scientific ignorance.

The motto of the nonprofit group suing the Federal Government is, “Securing the legal right to a stable climate and a healthy atmosphere for all…” Where did they ever get the notion that the earth’s climate is stable or that the United States Constitution do anything at all about it?  Common Core perhaps?