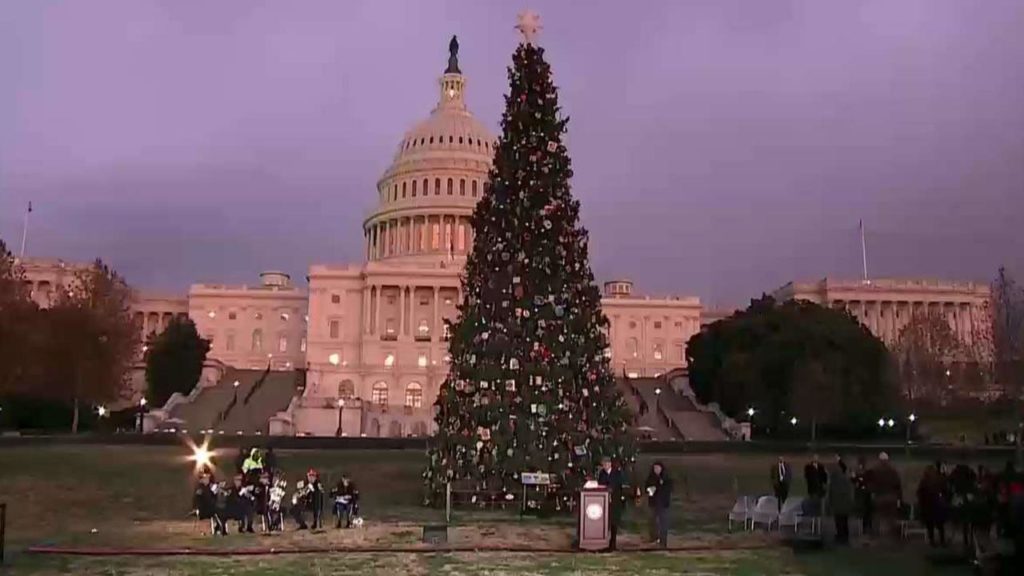 America has experienced a lot of firsts lately… We have elected our first Black President. We have our first female Speaker of the House. We have chosen the first non-politician in our Nation’s history, the first non-Deep State actor to be our country’s leader, and now we have the first impeachment of a President for non-high crimes and misdemeanors. About the only thing we have not seen much of in Washington lately is Democrat politicians putting their country first over their own personal political interests. Isn’t it about time for these disgruntled liberals to start putting America first or is that just too much to expect ?

The supposedly “loyal opposition” in Congress has just finished drafting their articles of impeachment, and now they will forward them to the full House for a vote before Christmas…  I guess that will be their Christmas present to the Nation… to further divide us along partisan political lines..  Merry Christmas everybody. The grounds for impeaching the President are two: abuse of power, and obstruction of Congress. Excuse me, but  I thought that Congress was the one doing all of the obstructing.  What have they actually done in the last three years except publically and continually whine over their loss in 2016 and spend all the rest of their time, every waking moment trying to remove Donald Trump from office?

As far as abuse of power goes just what exactly does that mean? Are they referring to the President’s decision to exercise his executive privilege not to testify before their so called select committee, or is this rather a veiled reference to their own political abuse of power when they decided to kick start the whole impeachment process by holding secret hearings in a secure location where the President’s attorneys and his supporters in Congress were not even allowed to go?

Don’t forget that even later after they opened the impeachment inquiry to the public, the President’s supporters in Congress were still no allowed to call certain witnesses, only those who were approved by Adam Shiff, and their questions were routinely blocked by the committee chairman.

By the way it is one of the President’s official responsibilities as President to investigate corruption. It is not an abuse of power. It is his job, and Joe Biden is not above the law just because he decided to run for office.

So here we are in December and Democrats in Congress have just wrapped up their investigation of Donald Trump. They put it under the Christmas tree for the  country to open up next year.. They spent a mere forty or fifty million dollars on their gift, of our own money of, so I guess we are supposed to be grateful. Well I for one am not.