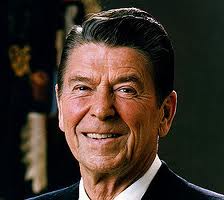 A wise man once remarked that a great nation and small minds don’t go well together. That man was Edmund Burke. He was a member of British Parliament during the 18th Century when England was at the height of its global influence and power. He lived at a time when it could truly be said that the sun never set on the British Empire. Burke’s observation is just as relevant today in the United States of America as it was back in 18th Century England. It’s true. Our nation’s leaders are showing some of the same small mindedness that Burke encountered during his time in Parliament. I’d be willing to bet that there has never been such a glaring example of narrow mindedness on a national level than what is going on in Washington D.C. today.

There is simply no other way to say it. Washington is suffering from the excruciating consequences of some of the most narrow minded political decisions in our brief 240 year history. For the last thirty years it has been both our shame and our peculiar dilemma to watch our country slide into disfavor and  contempt around the world while we pursue the ill-advised and often self defeating foreign policies which have culminated in a political witch hunt against the Trump Administration which is consuming all of the political oxygen in Washington D.C.

What I am talking about is euphemistically referred to as “Russiagate”. All of the time looking for any evidence of Russian interference in our last election is just a big waste of time and money. Politicians in both political Parties want to blame Russia for everything that is wrong in the world instead of accepting responsibility for what they have done themselves.  The bureaucracy is so solidly in control of American foreign policy that even the President can’t seem to do anything about it. So compromised and powerless is he to change the course of history that all he can do is sit by and helplessly watch our country return to an era of cold war hostility towards Russia.  Congress and the media are demonizing an entire nation without regard to the facts…  120 million people with whom we have no quarrel, but instead of trying to understand them and figuring out a way to co-operate with Russians our leaders in Washington are hell bent on returning to the Cold War mentality of the 1950’s.

The latest blow to Russian – American relations just arrived in the form of a far reaching 37 page FBI indictment issued by Robert Mueller, the Independent counsel whose job is to investigate these bogus claims of Russian collusion with any members of the Trump campaign staff in order to sway the election in his favor.. This indictment however is levelled only against thirteen Russian nationals for trying to influence the outcome of our election. After two years of investigating no one has offered any proof of any collusion between the Trump campaign staff and Russia. Just whom did the Russians supposidly influence? They didn’t change my mind. Did they change your mind about who you were going to vote for? I didn’t need a Russian to tell me that Hillary Clinton was a crook.

Let’s assume that maybe somewhere there were some Russians that did have a preference about who they wanted to  get elected which is by no means for certain… Let’s further assume for the moment that they preferred Donald Trump to crooked Hillary Clinton as millions of Americans obviously did… Our State Department  interferes in Russian politics. It interfered in Russian domestic politics when it tried to influence Russians to vote for Boris Yeltsin. We interfered in Ukraine’s internal politics when we supported an internal coup that led to the ouster of Ukrainian President Victor Yanukovich. America interfered in Eqypt’s domestic politics when President Obama supported a takeover of the country by the Muslim Brotherhood? Then there was Libya.. We interfered in Libyan domestic politics when we provided the guns on the ground and the aerial support for the rebels who overthrew their government and murdered Colonel Gadhafi?

Didn’t President Obama interfere in Israeli domestic politics when he openly and officially endorsed the opposition candidate for Prime Minister and tried to influence Israelis not to re-elect Benjamin Netanyahu?

Washington has wanted to overthrow one other government… the government of Syria… That has been its stated foreign policy objective for many years…  through multiple administrations… the removal of Bashar al Assad from power.  So just where does the FBI get off indicting thirteen Russians for expressing their opinions about who would make a better American President when we directly interfere in other country’s elections and overthrow governments that we don’t like all of the time?  Maybe what is good for the goose is good for the gander too…

I have been thinking a lot about Ronald Reagan lately and remembering one of his greatest achievements during the eight years that Washington was not blinded by Russiaphobia… by little people with small minds. The achievement I am referring to was the ending of the Cold War in spite of all the Russiaphobes in Washington. That led to a new era of détente and cooperation that benefitted the entire world…

Probably the single most important result of our cooperation with Russia was the re-unification of Germany and its membership in NATO. Under the watchful eye of President Ronald Reagan, American diplomats worked out an agreement with Russian diplomats over the future of Germany. We promised our Russian counterparts that if they agreed to German reunification and allowed it to become a member of  NATO that we would not seek to expand NATO’s influence any further eastward toward Russia’s border.  With that assurance Russia agreed to German reunification as a member of NATO and that is how Germany became the economic superpower that it is today, but since then we have broken our promise to the Russians on several occasions.

Since then America has recruited other former Warsaw Pact countries to become NATO members too so that NATO is currently positioned hard up against Russia’s western border. The Russians are just as upset about that as we were when Nikita Khrushchev put Soviet missiles in Cuba.  Keeping this in mind why should any Russian leader today believe anything else that Washington says… Our promises are only as good as the next American Administration. That is eight years at most the way that they see it.  If you want to know why Russians don’t trust America anymore, try remembering that the next time you want to blame them for meddling in our elections.