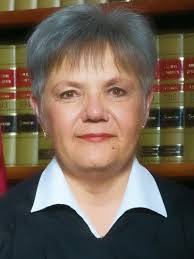 The old adage, “Better late than never” unfortunately doesn’t apply to a Montana man named Ryan Payne… He is one of the defendants in the Oregon Standoff Trial who pled guilty to charges of preventing Federal officers from doing their job through the use of threats or intimidation. Mr. Payne  pled guilty under duress while being denied bail and kept in custody for almost a year now. Mr. Payne’s guilty plea was offered in return for a promise to receive concurrent sentences in Oregon and Nevada on another federal indictment he will stand trial for next month involving the Bunkerville Standoff which at the Bundy Ranch in 2014. Mr. Payne sought to withdraw his guilty plea when Federal prosecutors in Nevada failed to honor their arrangements with him. For Ryan Payne it would have been better if  Judge Brown had never ruled on his motion to withdraw his guilty plea…

Alas, nearly two months after an Oregon Jury returned NOT GUILTY verdicts for Ammon and Ryan Bundy, and five other defendants in the first group to stand trial over the occupation of the Malheur National Wildlife Refuge the same District Court Judge, Anna J. Brown who presided over those trials denied Ryan Payne’s motion today to withdraw his guilty plea after Federal prosecutors renigged on their deal with him… 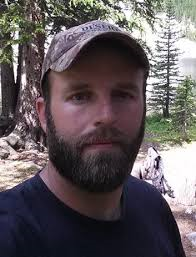 Defending her decision not to grant Mr. Payne’s change of plea the judge declared, “It was a typical case of buyers remorse”.  Mr. Payne filed his motion to change his plea to NOT GUILTY  over two and a half months ago on October 13th, 2016 long before an Oregon jury returned not guilty verdicts for all seven defendants in the first group to stand trial, but Federal prosecutors objected to his change of plea motion even though they were the ones who reneged on the plea deal they offered him to have any sentence he received in Oregon run concurrently with any sentence he received in Nevada.

As a result of the Judge’s ruling Ryan Payne will now have to serve at least three and a half years in Federal prison for his participation in the protest in Oregon in addition to whatever time he receives in Nevada while everyone else who was at the Malheur Wildlife Refuge in Oregon including the leaders of the so called “occupation” wont have to serve any time in jail in theory at least… Actually Ammon and Ryan Bundy have already been locked up without bail for almost a year now just like Payne… but that is how our wonderful justice system works under America’s first Black President and America’s second Black Attorney General. Isn’t diversity a great thing?