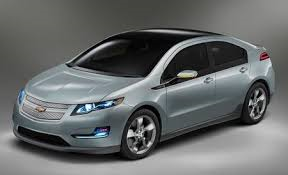 Barack Obama’s Vision of the Future for General Motors:

There is no more Pontiac, no Hummer, no Saturn, and no Saab. They are all gone. They were all under-performing automotive divisions at General Motors. They have all been eliminated. They all disappeared in an effort to make G.M.  more competitive. There were also no sob stories when G.M. stopped production of one of its most iconic brands, the Oldsmobile. It used to be right below the Chevrolet in popularity, but it was also put on the chopping block by G.M.  They pulled the plug on their once popular Oldsmobile line in a quest to become a leaner, stronger car company in the 21st Century.

G.M. also eliminated many of its car dealerships across the country in order to slash its overhead and increase its bottom line. Yet even with all of this… only 17% of the cars sold in the world in 2012 were sold by G.M.  That was the lowest share of the global car market that G.M. has ever experienced in spite of the fact that there was a devastating earthquake that struck Japan resulting in the Dai ichi Fukusima power plant failure which literally shut down Japanese car production for an extended period of time.

There was also a long running narrative in 2012 about Toyota gas pedals sticking to the floor and causing their cars to be unsafe to drive. Both of these events helped General Motors to sell more cars than it would have done otherwise, but it was still not enough to keep America’s largest car company afloat, so the U.S. government came to the rescue, or maybe I should say that Barack Obama came to their rescue…

By 2014 the United States Government still owned about 33% of the Detroit based car company even after it paid back most of U.S. taxpayer money which was literally handed to it on a silver platter. That is why G.M. is sarcastically referred to as Government Motors. Its premier product, the brand new Chevy Volt was almost single handedly mandated into production by Barack Obama in return for a government bailout, but it can’t even seem to get off the ground more less off the show room floor in spite of all of the incentives that are being offered to purchase one of the all new, totally electric vehicles. The Toyota Prius and the Nissan Leaf are literally beating the pants off the all-American all electric Chevy Volt.

One of the incentives G.M. is offering consumers to purchase a Volt is a $7,500 cash refund after you own the vehicle for a full year. This refund is deducted from any remaining balance still owed on the vehicle which will be considerable when you consider its base sticker price of $33,200… or the buyer can take advantage of Chevy’s “Love it or Leave it Program.” This program claims that if you return a vehicle within 60 days after purchasing it, you don’t owe any more money on the vehicle.  If you prefer, you can even opt to receive a five-hundred dollar cash discount off your new car purchase right from the top.

G.M. still has about three-thousand Chevy car dealerships left across the country in fifty States. All together they sold about three thousand Chevy Volts per month in 2012. That amounts to about 2 volts per day per State. That isn’t a very big charge… and neither is the charge produced by the Volt’s underperforming battery pack which delivers only about 40 miles under ideal conditions.

So Barack Obama’s vision of an economically viable American car company for the 21st Century with an environmentally friendly car, and an environmentally cleaner America doesn’t seem to be resonating with the majority of American people. His vision of America’s automotive future seems to be running afoul of reality just like his vision for government run health care in the 21st Century.. His vision for automobiles of the future would be better left to the companies who make them and their CEOs who know how to run a business.