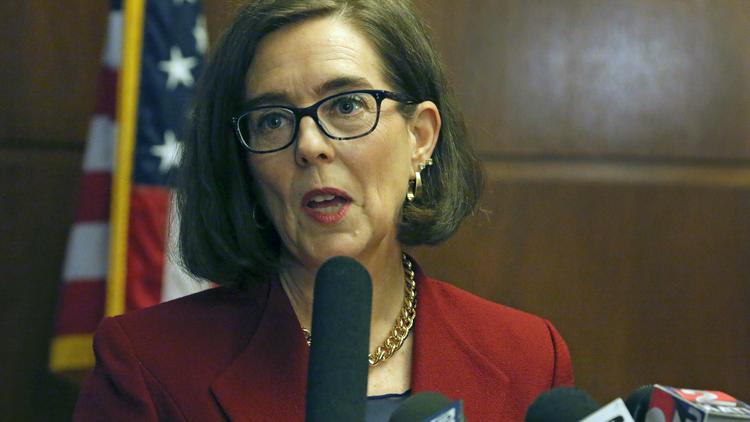 We have all heard the saying that power corrupts and absolute power corrupts absolutely. Well, in Oregon the Democrats exercise nearly absolute power. They have a super majority in the State Legislature and they have held the Governor’s office for more than two decades.  During that time they have appointed all of the top officials in the State including all the members of the Oregon Supreme Court. At the top of this pyramid of power are a few chosen people, all Democrats. They are Floyd Prozanski and Ginny Burdick the longest serving members of the Oregon Senate, Then there is Peter Courtney the next longest serving member of the Legislature who is the President of the Senate. There is Tiny Kotek, the Speaker of the Oregon House of Representatives, and last but certainly not least… at the very top of this pyramid of power is Oregon’s Democratic Governor Kate Brown who inherited the position after the political downfall of Oregon’s last Governor, John Kitzhaber. Then in 2017 she won re-election in her own right in what was a hard fought race against Dr. Knute Buehler who was the Representative from Bend.

The Oregon Legislature consists of ninety members… There are thirty State Senators and sixty members of the House. Democrats hold a super majority in both chambers which means that they can pass just about any legislation they want without a single Republican vote. The only thing Republican members of  the Legislature can do to serve the voters in their districts which elected them is just not to show up for work thereby effectively denying the Democrats the necessary quorum to pass new legislation. This is exactly what they have done… not once, but twice this year.

The first time Republican members of the Senate walked out of the legislature for four days. This was over a huge tax and spend bill, but they returned after obtaining some concessions which scuttled a couple of other bills they did not like. One of those bills would have required mandatory vaccinations.

This time Republican Senators have left the State altogether after a threat from the Governor’s office to have them all arrested if they didn’t return to work immediately, so off to Idaho they went, all eleven Republican members of the Oregon Senate. This time they say they intend to remain out for the rest of the legislative session in an attempt to kill two bills. One of them is HB2020, the so called “climate change” cap and trade spending Bill which will drastically change the way Oregonians live and increases our taxes. The other Bill would give drivers licenses to illegal aliens. Oregon voters nixed that one in a statewide referendum back in 2014… 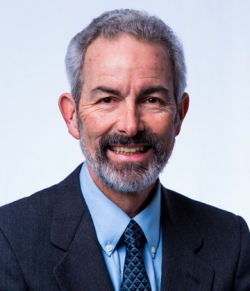 Apparently Democrat legislators did not like the result of that referendum. Now that they have a super majority and they can basically do whatever they want including slap emergency clauses on bills that are not real emergencies they are finally going to do something about it, and since they know better than we do what we need by golly they are going to give it to us under an emergency clause that won’t allow the question to be put on the ballot again (not that it needs to be. We already said no). Once is enough, and since they didn’t like the outcome of that referendum, Democrat legislators in Salem are going to decide the issue for us, and this time they will decide it the way they want. Need I remind you that Oregon voters overwhelmingly rejected the idea of giving drivers licenses to illegal aliens by a nearly 2 to 1 margin. Nevertheless it’s time for a “do over” according to the power hungry mob of Democrat politicians in charge in Salem. That consists of Peter Courtney, Floyd Prozanski,  Ginny Burdick, Tiny Kotek, and at the very top of this pyramid of power is Governor Kate Brown. They are the main players in the Democrat’s stranglehold on state government, and this time they will do it over for us the way they want to see it done.

Such is the arrogance of power, and Governor Kate Brown is right at the center of this power struggle calling the shots…. She is practically livid over the prospect that her precious plans to institute the Nation’s second only Cap and Trade program is in jeopardy of dying right along with some of the other Bills that she desperately wants to sign (and I do mean desperately) when the Legislature adjourns in just three days on June 30th.. so America’s first openly bi-sexual and maybe even bi-polar Governor has threatened to convene a special session of the Oregon Legislature on July 2nd, just two days after the current session ends if Republican Senators run out the clock on this session… Meanwhile she has called out the Oregon State Police to conduct a statewide manhunt for any missing Republican members of the Senate, and to bring them back to the State Capitol by any means necessary including in chains. Until that happens they are all being fined 500 dollars a day which by the way is more than they earn per day. One of the eleven Republican Senators, Brian Boquist is being fined for being absent while at the same time he is not allowed back in the building for making what they called incendiary remarks. 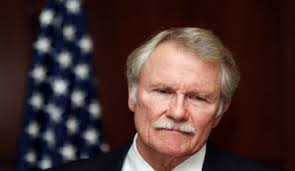 The last time Governor Brown called out the Oregon State Police to end a peaceful political protest in Oregon it was during the occupation of the Malheur National Wildlife Refuge. In that incident an innocent man was killed.  An investigation into the shooting death of Lavoy Finicum said it was justified, but the victim had his hands up in the air and his back was turned to the two Oregon State police officers who shot him.. Now if that isn’t murder than I don’t know what is… Such is the arrogance of power, and the power of this Governor, and her lust for even more power is such that I am beginning to wonder if she was just an innocent bystander in the political demise of Oregon’s last Governor or if she played a roll in his political downfall.

Meanwhile back at the State Capitol thousands of people are gathering to protest the Governor’s policies, and to support Oregon’s Eleven Republican members of the Senate who have walked away from their jobs rather than let bad legislation be jammed down their throats. They want the emergency clause to be removed from two Bills so that House Bill 2020, the so called cap trade “climate change” Bill and House Bill 2015 can be placed on the ballot for all  Oregonians to vote on, not just the chosen few in Salem. HB 2020 would so drastically change the way that Oregonians live that it is only fair that everyone has the opportunity to vote on it,  and just for the record there is no real proof  that Carbon emissions are the  reason the earth’s climate is changing, or even if it is changing. The cap and trade Bill is all pain and no gain. It is a perfect  example of legislative over reach and it illustrates the arrogance of power.

Update: Salem, Oregon June 29th 2019…  Even while Governor Brown publically vowed not to negotiate with Senate Republican leaders while all eleven members of their caucus were hiding out in another State, secret negotiations were actually taking place. As a result, eight of our eleven absentee Republican Senators have agreed to return  to the State Capitol on Saturday June 29th for the remaining two days of the legislative session. The three who will not return are Brian Boquist, Fred Girod, and Dennis Linthicum. If there were any guarantees made by the Democrat leadership that certain bills would not be brought up for a vote once they return, or that a special session will not be convened by the Governor if they aren’t voted on it is not being revealed to the public. Both House Bill 2020 (the so called Climate Change or Cap and Trade Bill) and House Bill 2015 (the Bill that gives drivers licenses to illegal aliens) are still on the calendar for a third reading in the Senate. Let”s hope that our trusting Republican lawmakers didn’t get duped into returning only to find that these two bills are secretly scheduled for a vote. That’s the problem with doing things in secret. Such is the arrogance of power.

Re-Update : Salem, Oregon June 29th 2019… House Bill 2020 the so called Climate Change Bill which would institute a cap and trade programin Oregon was referred back to committee where it has been agreed that the Bill will die for now.. Meanwhile House Bill 2015 which will give drivers licenses to illegal aliens thereby automatically registering them to vote has passed the Legislature and will be signed into law by the Governor without a single Republican vote, but keep in mind that the Republicans knew this would happen when they agreed to come back for the remaining two days of the legislative session.  I hate to admit it, but we were sold out on this one. That is because most p0liticians have no principles. Such is the arrogance of power on both sides of the political aisle.