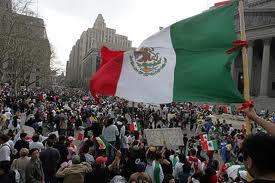 On May 1st the United States of America lost another State on the left coast to stupidity. Oregon now follows California in a predictable head long plunge towards Third World Status with the passage of two crazy Bills in the Oregon Legislature. House Bill 2787 grants in state college tuition benefits to illegal aliens, and Senate Bill 833 allows these lawbreakers to obtain an official Oregon driver’s license, to make their illegal stay here more convenient. They call it a card not a license, and it is only good for four years instead of eight, but what’s the difference really? A rose by any other name smells as sweet. This is a drivers license all the same, and it is official recognition and normalization of their illegal status here. So isn’t that nice? Oregon has officially left the sane world and entered the growing world of political insanity. And now Oregon has all but officially seceded from the Union of the Red, White, and Blue, and joined the ascending Union of the red, white, and green… the Estados Unidos de Mexico. Oregon has now become Mexigon. In fact it has gone completely nuts now. Congratulations all of you liberals in Portland. You have officially ruined our State!

Viva le Mexico!  Now at least I won’t have to drive one thousand miles just to get my car re-upholstered.  Tijuana has extended its city limits all the way northward to include Oregon.  Viva la Mexico, I say! The reunification of Aztlan which began in earnest in California has now spread north to the Washington border, and thanks to Democrats in the Oregon Legislature and to Oregon’s Governor John Kitzhaber there are so many other wonderful advantages that I will now have to look forward to.

So let’s just allow all of the poor Mestizos from Oaxaca and Central America to come to our country. And while we are at it why don’t we let all of the Muslims from Iraq and Iran,  Chechnya, and Kazakhstan, and Saudi Arabia come to our country too? Our ever popular Governor couldn’t wait to sign the Bill of course, and the Democrats who are always happy to oblige Mecha, La Raza, and C.A.U.S.A. got the Bill to his desk before the all-important May Day celebrations. Viva la Mexico I repeat. Aztlan is rising again. Workers of the world unite, and power to the people!  As for me I think I need a stiff shot of Tequila, or at least a tall, cold glass of Cervesa ( Mexican beer). Un Dos Equis XX frio por favor! 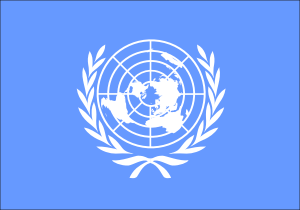 Now illegal aliens in Oregon can officially get an Oregon driver’s license without showing valid proof of legal residency, but that doesn’t seem to matter to Dummycrats because they don’t really believe in borders anyway. They dream of an open society where there are no borders. They think we should all just live together as one big happy North American family… Mexico, the United States, and Canada living in perfect union and harmony.  After that we can add Central and South America too, and just call ourselves the American Union. Wouldn’t that be nice, but just try to enter a Democrat’s house unexpectedly late one night without knocking at their front door and see what happens to you, especially if they still believe in the Second Amendment which a great many of them in Oregon still do.

What allegedly matters to Democrats in the Oregon Legislature which recently passed this Bill with the help of Republicans is the nagging issue of public safety. Supporters of the Bill said that if illegal aliens were forced to get Oregon drivers licenses then at least they would also be forced to purchase insurance which would be a good thing. Well maybe they will purchase the required insurance just so they can get their driver’s license initially, but after they get it then they will just let the insurance policy lapse the very next month. So how does that make Oregon’s roads and highways any safer or improve public safety. Did these dummies in the legislature ever think of that? Of course not!

Some of the Republicans who supported Senate Bill 833 were Vega Pederson, Vic Gilliam, Bill Hansell, Chuck Thomsen, and Mark Johnson. Both Thomsen and Johnson are from Hood River… Now why do you think that Hood River Republicans would favor giving driver’s licenses to people from Mexico who are in our country illegally? Surely they would not put their wallets and the wallets of their constituents ahead of the National interest would they??  At least five Republicans in the Oregon Legislature supported giving in-State college tuition benefits to illegal aliens. They are Vicki Berger, Cliff Bentz, John Huffman, Julie Parish, and Mark Johnson from Hood River again. 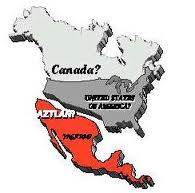 Oregon is officially no longer a part of the intelligent, English speaking world. It joins Mexifornia, Texaco, and “La Florida” in a mad rush to predictable third world status what with all of our illegal alien friendly perks. What Oregon’s early pioneers who came west along the Oregon Trail discovered, and then worked so hard to develop and build into a prosperous State, has now been literally handed back to the Indians by our boobs in the Oregon Legislature. Furthermore they didn’t even hand it back to the same Indian tribes that were in Oregon when their fathers and grandfathers first arrived here. They didn’t hand our State back to the Umpqua Indians, or to the Calapooia, or to members of the Nez Perce tribe or to the Shoshoni who make their homes in Eastern Oregon. Nope! Instead they handed it over to Indians whose native homeland is over two thousand miles away from the southern states of Mexico and Central America.. They gave it up to Indians from Oaxaca, and to the descendants of Toltecs, Mistecs, and Aztecs. Oregon’s Indian tribes should be just as outraged as the rest of us at what the Oregon Legislature did in Salem this week.

I don’t blame these stupid policies on Democrats. We all know how estupido Democrats can be. And we know that they just can’t help themselves. They would probably elect Che Guevara or Caesar Chavez for Governor if they could. I actually blame all of the madness that occurred in Salem during this session of the Legislature on Republicans, even though most of them voted against these two Bills. But unfortunately it really doesn’t matter how Republicans vote in Salem because they don’t have the votes to block any Democrat Bills even if they wanted to, just like they don’t have the necessary votes to pass any of their own Bills, or even to get hearings for any of them. Republican votes don’t really matter in Oregon unless the Democrats can’t keep their own Party members in line. In fact Republicans are almost irrelevant in Oregon, and they have been irrelevant for most of the last twenty years!

For all practical purposes those two Bills were as good as signed into law on Election Day, November 2nd, 2012 when the Republicans lost their 30/30 split in the Oregon Assembly, and when John Kitzhaber was re-elected for a third term to be Oregon’s Governor again. I blame the passage of these two Bills on the foolish old Oregon Republican Guard Establishment, and on the Dorchester backed RINO wing of the Republican Party that continues to dominate, and nominate moderates and losers. And I blame all of this year’s legislative defeats on Party hacks like the Republican Party continues to elect to positions of authority in the Party time after time and year after year.

FOOTNOTE:  At the moment there are a couple of ideas percolating around, or in the very early planning stages on how to overturn SB 833 (the Bill that gives driver’s licenses to illegal aliens). One idea is a potential challenge to the Law based on the fact that it creates two classes of citizens. It doesn’t treat all people equally. It creates a special, favored class of citizens and exempts this group of people from the normal requirements of having to prove their citizenship or legal residency in order to get an Oregon driver’s license.

The other idea is to put the whole question of giving Oregon driver’s licenses to illegal aliens on the ballot as a Statewide referendum at the earliest possible opportunity which is being considered by Oregonians for Immigration Reform (O.F.I.R.)