From the Tenets of Hippocrates to the Epitome of Hypocrisy 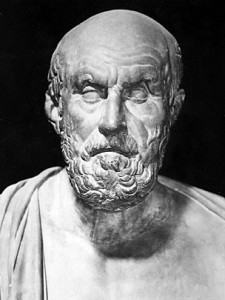 From the Tenets of Hippocrates

to the Epitome of Hypocrisy

I listen to the news broadcasts these days with an ever increasing amount of skepticism and cynicism, and rightly so. Regrettably there is not one major mainstream media news source in America that isn’t pushing their progressive agenda on the American public. From ABC to FOX News to NPR they are all guilty of doing exactly the same thing. All of America’s major newspapers are doing it too. They are all guilty of violating their own professional standards of journalism and betraying the public trust in a frantic attempt to advance their globalist, progressive agenda. They are all complicit in promoting a progressive, worldwide revolution starting right here in America and ending up with the whole world being converted to their liberal, godless ideology. That is what they think, and that is what they hope for. Their crimes are manifest on the front page of every major newspaper and in every major radio and television newscast. Some of the more familiar names in this almost criminal endeavor include just about every major news anchor and radio or TV talk show host you can think of from Scott Simon on NPR, to Megan Kelly and Bill O’reilly on FOX to  Diane Sawyer and David Muir on ABC.

The editing departments of all the major print and electronic news organization are engaged in the same business of promoting the causes of globalism, secularism, unlimited access to abortion, unlimited access to drugs, homosexuality, the gay rights agenda, open borders, big government, and international governance. They are hell bent on controlling your children and on destroying the Constitution, the Church, Christians, Jews and other people of faith, and whatever is left of their traditional values. There is a real political and cultural war going on in the world today and the media is not on our side. In fact they are one of our biggest enemies. The media is leading the cause against people of faith and traditional values. They are well financed and they are using all of the resources at their disposal. Here are just two examples of what I mean…

Hippocrates was an ancient Greek philosopher and physician. For centuries doctors have sworn to live by the sound principles of conduct which he advocated during his life. They do that when they recite the famous Hippocratic Oath. They pledge to do no harm to others. Yet today’s doctors are hell bent on crushing little baby’s skulls in their second and third trimester of life before delivering their lifeless little bodies to be harvested for scientific research. That is not Hippocrates. That is the epitome of hypocrisy.

Another scandalous example of progressive hypocrisy is PBS and National Public Radio. They recently reported that Russia convicted a Ukrainian film director, Oleg Sentsov and his accomplice, Alexander Kolchhenko of plotting to commit terrorist attacks in Crimea after it was annexed by Russia. Mr. Sentsov was sentenced to 20 years in jail and Kolchenko received 10 years behind bars for his alleged crime. NPR reported that the two men were falsely accused and that Kolchenko’s confession was exacted by force. In its newscast NPR used the phrase “Russia’s attempted annexation of Crimea”. Well I didn’t witness the confession to see if it was actually made under duress or not, but the last time I checked Russia did more than just “attempt to annex Crimea”… They actually annexed it. It is a fate accompli, but members of the media live in a world where perception is reality and so they continue to deny it.

The residents of Crimea held a popular referendum and the result was that a large majority of Crimeans were actually in favor of a political re-unification with Russia. After the referendum the Russian Duma voted to annex the region and Crimea was officially annexed by Russia. It happened. Both the referendum and the subsequent annexation of Crimea came after Ukrainian rebels in Kiev ran the legitimately elected Russian President of Ukraine out of the country. Even Henry Kissinger had to admit that Russia didn’t actually start this confrontation with the West in Ukraine. Europe and the United States did. Our state department backed the rebels who overthrew the legitimately elected government of Victor Yanukovich in Kiev.

When the American media fails to point all of this out to its listeners and viewers and when they refuse to acknowledge reality they are wrong. They are selectively reporting the news. When they fail to report that Christians bakers and photographers right here in America are being actually being compelled to participate in gay wedding ceremonies against their wishes they are wrong. They are selectively reporting the news too. Forced participation in gay wedding ceremonies violates the First Amendment, but it has been legitimized by the United States Supreme Court. If people of conscience don’t want to participate in gay weddings that is their right. If they don’t participate against their will then they are tried and convicted in American courts and forced to pay exorbitant fines amounting to hundreds of thousands of dollars. That is wrong. It violates the Eighth Amendment. When the media fails to report these things then it becomes their wrong. If people of conscience refuse to pay these fines then they face substantial jail time for contempt of court right here in America, not in some Russian gulag. Is that less important than the questionable convictions of Sentsov and Kolchenko? When the media fails to report on wrongs occurring right here in our own country, but instead they choose to focus on the alleged abuse of justice occurring in another country that is the epitome of hypocrisy.