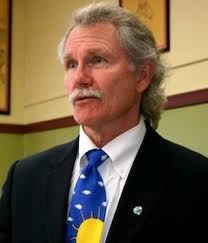 after a Terminal Bout with Progressive Stupidity

Oregon’s very own version of the Federal on-line health insurance exchange called “Cover Oregon” tried to save others in Oregon, but it just couldn’t save itself from its own terminal case of stupidity and the stupidity of our progressive Governor who enthusiastically supported it. Oregon’s Governor Kitzhaber who is also a licensed medical doctor proposed the State’s version of Obama Care to cover all of Oregon’s lower income residents including illegal aliens with universal health insurance, but the only thing being covered very well in Oregon for almost the past two years since it started was the Governor’s own behind…

Finally someone had the courage to pull the political life support plug on Oregon’s troubled health insurance exchange which has had several different administrators since it was created. They pulled the plug on Cover Oregon in favor of linking up to the Federal on-line health insurance exchange because that was the cheapest solution. I suggest we go back to paying for medical care out of our own pocket  and eliminate the health insurance industry altogether. That should bring the cost of health care down faster than anything else because no one currently can afford to pay for it. Thus doctors and hospitals would be out of business if they didn’t lower their prices. At least then we could promote alternative solutions like health care co-operatives where patients are actually members of a co-op and still the customers of their doctors instead of the customers of big insurance companies. One such aspiring alternative in Oregon is called Cascade Health Solutions. http://www.cascadehealth.org/

Millions of tax payer dollars have already been wasted on Cover Oregon. I know that terminating the State-wide health insurance exchange was not a very easy decision to make because Cover Oregon was the Governor’s special project. It was his baby and it was supposed to be his lasting legacy,  that and his bronzed cowboy boots, but none of the various directors he hired since October 2012 when Cover Oregon began have been able to turn it around or make any sense of its many different challenges and problems. So at the end the decision to finally end political life support for the Governor’s baby and pull the plug on Cover Oregon came rather quickly. It was a consensus decision made by a committee. No one had the nerve to stand up to our determined Governor and tell him face to face that he was wrong or that his little baby was dead.

The last person to publically disagree with our hard-headed Governor Kitzhaber was the former President of the University of Oregon, Richard Lariviere. He lost his job soon after he was hired because of his high profile confrontation with our unquestionably correct Governor Kitzhaber. So to be safe a couple of days ago a high level review panel recommended scuttling our State-run insurance exchange and hooking up to the Federal on-line health insurance exchange directly. Today Cover Oregon’s Board of Directors and its new administrator made the recommendation official. Thus they threw out the Governor’s little baby along with the bathwater. I do hope for their sakes that they have more tenure than Mr. Lariviere did when he disagreed with Governor Kitzhaber because no one buts heads with our bull moose of a Governor without paying the political consequences.