What is So Bad About Same Sex Marriage? 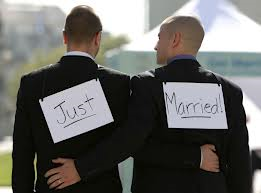 What is So Bad about Same Sex Marriage? 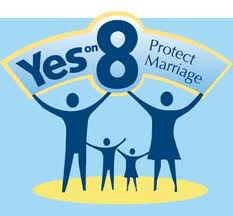 In the big scheme of things, the Supreme Court decision to hear a case during its 2013 session involving the Defense of Marriage Act (DOMA) and California’s decision to ban same sex marriage might not be very high on your list of the top ten things to be most concerned about. With our country running annual trillion dollar deficits and the United States already $16.5 trillion dollars in debt, and a runaway illegal alien amnesty bill threatening to pass Congress this year, some people might be excused for thinking that there are bigger fish to fry. But let me tell you why this issue of same sex marriage is so important and why the LGBT community is going to keep on pushing their agenda until it is either soundly defeated or every aspect of  it passes.

Marriage is the building block of the family, and the family is the building block of our society. The lesbian, gay, bi-sexual, and transgendered community couldn’t care less if they destroyed our entire country, and brought down over 5,000 years of Western civilization just as long as the last American left standing admits that their deviant lifestyles are okay.  They won’t give up until they force the rest of society to agree that their abnormal behavior is normal. That would be like beating a suspect into admitting a lie!

The only reason the gay and lesbian community filed these two Federal lawsuits, the one against California’s voter approved Proposition 8, and the other to force the Federal Government to officially recognize what only nine States have done so far in legalizing same sex marriage was to try to force the rest of society to condone their perverted behavior. They are trying to win in court what they can’t win at the ballot box. It is a pathetic attempt to try to find acceptance and a way to feel good about themselves. They know what they are doing is wrong. Even though there is no disputing the fact that some people are born with homosexuals tendencies, nevertheless they still know that their behavior is wrong. Whether they know it is wrong because their conscience tells them it is wrong, or because the Bible says it is wrong, or because of something that Sigmund Freud called the Super-ego which is the overall judgment of society that we all feel whenever we go outside the norms of acceptable human behavior, I don’t really know and I don’t really care.

I can recognize however when someone has an abnormal need to obtain the approval of others. It is when they become obsessed with one thing only, i.e. gay marriage. When that happens it is the evidence of a deep underlying psychological dysfunction. Since they can’t find the forgiveness they seek within themselves they are trying to extract it from society by force… through a court order or a legislative action. A vote of approval is what they really want, but they have not been able to get voter approval in any State. Wherever same sex marriage laws have been passed, they have either been by court order or by legislative action, in other words by the imposition of force.

Besides being obsessed with gay marriage it is almost abusive the way that the lesbian, gay, bi-sexual and transgendered community keeps pounding away year after year for the past thirty years with their progressive political agenda, non-stop, month after month, year after year, trying to legitimize if not completely normalize their sexually deviant behavior, until they beat some of us into political submission. I give up is what they want us to say.

If they were doing this physically or emotionally it would rightly be called physical or mental abuse, and there are laws that guard against this kind of sociopathic behavior. But because they are doing it in pursuit of their political agenda they are given a pass. It is, and it should still be considered political abuse to relentlessly keep bringing up the same political agenda over and over again for a vote… year after year, to keep pushing and pounding away in pursuit of a single goal, to fundamentally transform society, until you eventually wear society down, and achieve your political goal not because people necessarily agree with your purpose, but because they  are sick and tired of your methods.

This should be the standard that we set for all political activists, from both sides of the aisle, as well as for politicians and the mainstream media. No one should be allowed to keep bringing up the same partisan political agenda year after year after year… There should be a moratorium of sorts between successive attempts to fundamentally change society. A period of five years between votes on the same matter would seem reasonable, and it would go a long way toward eliminating something that I call O.F.T.D. or Obsessive Fundamental Transformation Disorder.

Whatever the Supreme Court decides on same sex marriage is not going to fix what is actually wrong,  or heal the lesbian, gay, bi-sexual, and transgendered community.  It is not going to stop the overcompensation, or fix the lack of self-esteem, or cure the inner feelings of self-loathing experienced by some members of the gay community. Nine men and women on the United States Supreme Court are not powerful enough to do that. Only God can do that! Those feelings of low self-esteem will still be there no matter what the Supreme Court decides, and some gays and lesbians will still feel they need to find acceptance in the eyes of others. They will still be attempting to overcompensate for their own feelings of inadequacy, and all of their efforts will continue to divide our society and hurt our country. It is all just an ill-advised attempt to try to normalize their abnormal behavior.