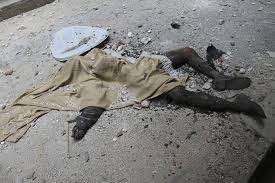 Just another Bloody Day in the Middle East

Nothing of Lasting Significance 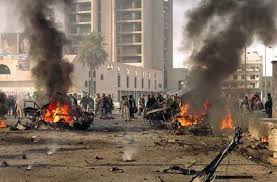 It seems like the Middle East is slowly bleeding to death, and it literally is. Nothing and no one is able to stop all of this bloodletting or staunch the flow of red blood corpuscles, and no one from the West should even bother to try. The inherent hostility that exists between different sects of Muslims predates all of the current conflicts and goes all the way back to the actual founding of their religion when one group of  followers of the prophet Mohammed cut off the head of his only living male heir, his nephew Ali and they handed it to their rivals in the other group of Mohammed’s followers. This initial act of murder and betrayal launched Islam on its eternally bloody path with an inherent, existential flaw. It is a religion which was born in murder. It will continue on in murder, and it will probably end in murder too, but unlike Christianity this initial bloody act was committed by its own followers.

Seventy-two people died in Egypt on a single day in clashes between the Egyptian military and the Muslim Brotherhood which want to create an Islamic State in Egypt based on Sharia law.  Coincidentally that is exactly the same number of virgins that supposedly await each of the Muslim martyrs who are slaughtered in the name of Allah. These clashes in Egypt stem from the popular uprising that ousted former President Mohammed Morsi. He was supposed to be the first democratically elected President of Egypt, but instead he turned out to be some kind of a modern day Pharaoh… an older reincarnation of the much younger Tutankhamen when President Morsi passed an executive order declaring his words reign supreme in the land of the NIle , even above the authority of the Egyptian Supreme Court. That was the beginning of his political demise.

Fifty people died in Iraq as the result of car bombs on the very same day that those seventy-two people were killed in Eqypt.  All together seven hundred Iraqis died during the entire month of July as a result of car bombs exploding in the streets of Baghdad and other Iraqi cities that ripped through people as well as neighborhoods. These car bombs are the result of the ongoing clashes between Sunnis and Shias. This never-ending struggle is as old as Islam itself, but its immediate provocation was our War in Iraq which toppled Saddam Hussein and turned the tables on the once ruling Sunni minority sect in favor of the majority Shia people of that country. 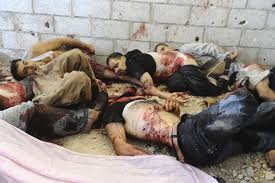 Victims of the Syrian Civil War

In Tunisia a prominent member of the opposition Party was assassinated by someone from the ruling Muslim Brotherhood Party last week.  Forget about the so called Israeli occupation of nonexistent Palestine. The Middle East seems to be completely occupied in a ritual daily bloodletting in the name of Allah. It looks as if this continuing blood sacrifice will go on until someone stands up who commands the respect of all sides who can transcend these deadly sectarian rivalries, and calls for peace, real peace in the Middle East. But who will that person be?  There is no one even remotely on the horizon who fulfills those qualifications.

What person is universally looked up to by Tunisians, Egyptians, Syrians, Iraqis, and other Muslims all across the Uma? The truth is unfortunately that there is no one. The only person to have ever successfully united the Muslim world was Mohammed, but even Mohammed had to vanquish his enemies first before he could do that. When he died, his only male heir which was his nephew Ali was not even respected enough by all sides to hang on to his own head, literally. He was killed and he had his head lopped off and handed to his supporters in the beginning of a never ending power struggle between Sunni and Shia that has lasted down through the ages. So don’t look for anyone in the Muslim world to step up soon who aspires to fill Ali’s shoes. 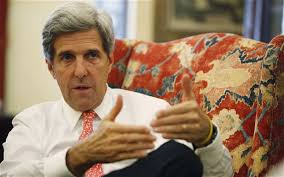 Don’t look for someone to transcend this bloody mess and raise his voice above the long established rancor and call for peace. It would be bad for business and it would be bad for his own personal safety too.  The tragic flaw of Islam is that this religion was born in warfare and bloodshed and it is likely to continue on in war and bloodshed until it dies in the same… Those who live by the sword are those who will die by the sword the Bible says. In the Muslim world peace is bad for business, and about the only business that Muslims excel in these days is the funeral business. Muslim morticians must be making millions burying all of their dead.  All of the bodies have to be especially prepared to meet Allah and the seventy two virgins that await them. This preparation takes time and costs plenty of money I am sure. 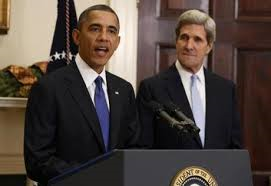 Peace is the very elusive goal that is always just out of reach in the Middle East. It is a total waste of time to believe in the latest Middle East peace process. It is just as much a waste of time as it was to believe in the Roadmap for Peace under President George W. Bush.  It is completely unrealistic to put any faith at all in a peace process between Arabs and Jews until Arabs can first learn how to live with each other in peace. For now it is simply foolish to bring Arabs to any negotiation for peace with Israelis. There will be no peace at all until as Golda Maier once said, “Arabs learn to love their children more than they hate Jews.” I might also add that there will not be any peace in the region until Arabs learn to love their children more than they hate each other. There will only be more unwise concessions of land offerred by Israelis in return for absolutely nothing. The only reason that John Kerry and Barack Obama are pursuing this elusive goal of peace in the Middle East is because they are naively trying to enhance their own personal legacies. There efforts will produce nothing of lasting significance between Jews and Arabs. You can count on it.

If you liked this article then please subscribe to my free RSS Newsfeed above and also at www.lessgovisthebestgov.com. Both of the newsfeeds are different. Then consider joining me and other concerned patriots at www.wepluribus.net  Thank You.