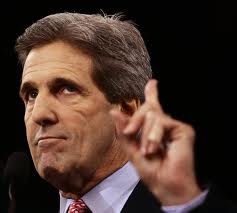 They complain about the unlawful state of affairs in eastern Ukraine and in the primarily Russian inhabited cities of Slovyansk and Donetsk, but they said nothing at all about the unruly street mobs in Kiev that overthrew Ukraine’s democratically elected government or against the illegitimate government that quickly replaced it. Instead they recognized Ukraine’s illegal government as soon as it seized power and they have pledged assistance and money to support it. The Democratic Party’s hypocrisy is amazing. It has no limits.

They accuse Russia of encouraging dissent and of stirring up trouble along its border in eastern Ukraine and of meddling in another sovereign country’s internal affairs, but exactly in how many countries in the  past six years has the Obama Administration sowed the seeds of discontent and unrest across the world and toppled foreign governments with unfriendly regimes that would not do its bidding.  I have lost count. What do you call the American financed and supported Arab Spring in the Middle-East? What do you call it when we provide weapons to radical Islamic insurgents in Syria who are trying to topple the relatively moderate government of Bashar al Assad?

They put tough economic sanctions on Korea and Iran and withhold foreign aid money from uncooperative governments like Egypt in an effort to get them to conform to the Obama Administration’s dictates, but they never do anything about the real source of terrorism in the world which is Saudi Arabia. Of course Obama’s father and grandfather were both Sunni Muslims who paid homage to the King of Saudi Arabia as the keeper of the keys to the two most holy cities in Sunni Islam, Mecca and Medina. President Obama supported the Muslim Brotherhood in Egypt which is a known terrorist organization and he has agreed to sit down and talk with the religious fascists and terrorists who rule Iran. The Democrats are a political party of outrageous hypocrites and amazing hypocrisy must be their theme song until they die.

Recently President Obama called North Korea a pariah nation, but just who actually heads up the real pariah administration in the world. Is it Kim Jong-Un, the un-repentant leader of North Korea, or Vladimir Putin Russia’s seemingly irremovable political oligarch, or is it actually Barack Hussein Obama, our first Black-American President? Well I guess I finally found a reason to cast my vote for Barack Obama, and if he continues along his present path he will inevitably reverse all of the positive effects of our twenty year long reconciliation with Russia forged after the fall of the Soviet Union between Ronald Reagan and Mikhail Gorbachev.

In just a little over ten years America has invaded Iraq and Afghanistan and managed to launch two full scale wars. We have also bombed Libya, sent drones to reign down fire from heaven on Pakistan, and furnished weapons to fuel insurrections in Eqypt, Libya, and Syria, and yet Barack Obama has the nerve to condemn Russia for positioning troops along its border with eastern Ukraine to protect the Russian speaking citizens of Ukraine.. Just what American citizens were we actually protecting when we bombed Libya  or helped the Muslim Brotherhood overthrow the friendly Egyptian government of Hosni Mubarak? What American citizens are we now protecting by selling weapons to the insurgents in Syria? Hell we did nothing at all to protect American citizens when they were actually being threatened in Benghazi.  The Obama Administration just let them be ruthlessly murdered at our embassy in Libya. Shame on you Barack Obama, Hillary Clinton, and John Kerry, and the entire Democrat Party, for being such a pathetic bunch of unscrupulous hypocrites, and for once in his meddlesome lifetime I wish John McCain would just sit down and shut up!