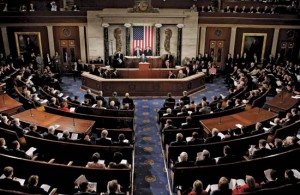 This political divide is every bit as real and significant as the political aisle in the U.S. House of Representatives that divides that chamber and separates Democrats from Republicans. It is like a great rift or chasm within the body of the Republican Party, and there is no possibility of bridging the gap between Republicans on either side of this political divide.

If you like this article then please subscribe to my free RSS Newsfeed here and join a great group or real conservatives at www.wepluribus.net