Politics, Smoke, and Mirrors – When Smoke Gets in Our Eyes 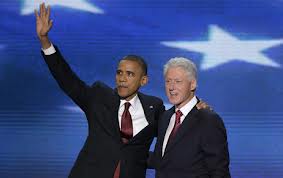 When Smoke Gets in Our Eyes

No one likes the sting of smoke in their eyes. And the American people are tired of having smoke blown in their faces by over ambitious young politicians who are running for public office. We want our candidates to be honest…We want them to be candid with us. Afterall the root word of candidate is candid. A candidate is someone who is supposed to be truthful. We would like them to say what they really mean, rather than just tell us what they think we want to hear. And we certainly don’t need to hear more lame excuses from any Slick Willies or Teflon coated front men for the New World Order like Barack Obama. He ran a pretty slick re-election campaign and he managed to fool an awful lot of people, yet we don’t want the liberal media to cover up for their favorite candidate’s by ignoring all of their faults, or condoning their mistakes, or trying to cover up for their failures just because they are Democrats. We want to be told the whole truth when they are reading to us the evening news from the teleprompters in their posh New York Studios.

Tom Brokaw was uncharacteristically not too far from the truth when he said that the American people didn’t want to “get smoked” in last year’s election. He should have said that the American people didn’t want to have more smoke blown in our eyes the way we have had smoke blown in our eyes in the past. That would have been more accurate! Our political system is built on perceptions. And the victors are those who are better able to manage those perceptions. That isn’t necessarily the best environment for great leaders to emerge, or for the virtues that are characteristic of greatness to be truly appreciated. Madison Avenue doesn’t produce many heroes, only mythological characters with fallen natures and Achilles heels.

George Washington said, “The greatest title of all is to be called an honest man.”  Years later Benjamin Harrison wrote that, “vacillating and inconsistency are as incompatible with personal success as they are with self-respect and human dignity.” Unfortunately Benjamin Harrison would be wrong today. Self-respect and human dignity are extremely rare qualities. Vacillating and inconsistency are actually becoming the new norm. And personal success comes more from slick Madison Avenue make-overs then it does from any candidate’s particular honesty or personal integrity. George Washington would be rolling over in his grave if he only knew how American politicians are making a complete mockery of his sound advice.

So too would America’s second President John Adams, who proclaimed, “I would rather be found guilty of making a serious mistake in judgment than to be accused of being even a little bit insincere.” Likewise our Nation’s fourth President, James Madison wrote that, “Good conscience is the most valuable asset of all.”

None of these qualities that once made our country great which were emphasized over and over again by our Nation’s founding fathers ever manages to find their way into the overall strategy of today’s modern political campaigns. Madison Avenue which is named after James Madison isn’t distinguished by its conscience or by its unwavering devotion to honesty and integrity. What we have in American politics today is a lot of smoke and mirrors, and the un-comfortable sting of smoke in our eyes.