A Deadly Accident in the Air

Plus a Tragic Double Standard on the Ground

The Truth about the Malaysian Airliner Shot Down over Ukraine 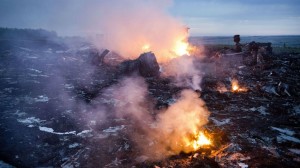 A civilian airliner from Malaysia carrying 298 passengers including 15 crew members exploded and crashed in a wheat field in eastern Ukraine. The immediate speculation is that it was mistakenly shot down by freedom fighters  in the Donbas region of Ukraine who are trying to gain their independence from the central government in Kiev. Western news sources report that the civilian airliner was shot down by a Russian made surface to air missile fired from eastern Ukraine, but local residents in Donetsk deny the allegations. They claim that Malaysian Airlines Flight 17 was shot down by government fighter jets that have been relentlessly bombing their communities. The truth is difficult to know. It makes it even harder when government and media sources routinely lie to the public, but it was not hard to find the wreckage of the crashed airliner. It was scattered all over the ground for everyone to see.

It is alleged by western media sources that local separatists inadvertently shot down the civilian jet while they were trying to shoot down a Ukrainian fighter jet that was in the vicinity of the Malaysian Airliner when it was  shot down. This government fighter jet was suspected by rebels of being used to drop bombs on their communities.  I don’t know what is worse… a government that deliberately bombs its own civilians or freedom fighters who accidentally shoot down a civilian airplane while trying to shoot down the government fighter jets that are bombing them. You will have to decide that for yourself.

Our very unpopular President of the United States wants to jump on this tragedy for political purposes and point a deadly finger at Russia. He wants to implicate Vladimir Putin in this accident and start another Cold War with Russia.  It is part of the Obama Administration’s ongoing campaign of lies and deceit which are intended to increase international tensions, demonize Russia, and polarize and destabilize the entire world. The only thing worse than a lying scoundrel like Barack Obama is a lying scoundrel when he becomes the President of the United States. Furthermore the only thing that is transparent about the Obama Administration is its penchant for stirring up mischief all over the world and its panache for everything Machiavellian in matters of foreign diplomacy. Let’s start with Libya where President Obama wanted to get rid of Moammar Khadafy so in violation of Libya’s territorial integrity he launched U.S. fighter jets and bombed Colonel Khadafy’s strategic military assets until he had no means to withstand an assault by insurgent groups. Then there was Egypt where President Obama insisted on removing a strategic U.S. ally, Hosni Mubarak from power. Now there is Syria where our President supports Sunni al Qaeda fighters who are trying to overthrow the government of Bashar al Assad. Everything that this President puts his hands on turns to smoldering ashes.

Need I remind you that it is not just Russian made surface to air missiles that find their way into the wrong hands. How many American made weapons have found their way into the hands of insurgents all over the world which are responsible for the deaths of thousands of civilians from the Middle East to sub-Saharan Africa? Is America responsible for all of that carnage? If we are not responsible for what others do with the weapons we made then why do we insist on blaming the Russians for what happened to the Malaysian airliner in the skies over Ukraine? We may as well blame ourselves. After all we have played a very significant role in starting the Ukrainian Civil War.

The death of all 298 passengers on board Malaysian Airlines flight 17  is a tragedy that should be condemned by all sides. It should not be diminished by  politics or hypocrisy, but it should not be scrutinized out of context either. It should be considered along with ever everything else that has happened in Ukraine in the past year. If the Malaysian airliner was accidentally shot down in the Ukrainian Civil War then all of the combatants are responsible for the deaths of those innocent civilians, along with the major powers who are fighting a proxy war in Ukraine. They bear the blame as well. We have provoked and manipulated a global crises in Ukraine over access to the European energy market and we are responsible for what is going on there as well as the Russians. There is plenty of blame to go around.

The United States supported unruly street mobs which overthrew the legitimate government of Ukrainian President Viktor Yanukovich. That was the event which started the Ukrainian Civil War and our State Department fingerprints were all over that coup. The insurgents who ran the former President of Ukraine out of the country are now in control of Ukraine’s central government in Kiev thanks to our State Department.

The United States has had its hands all over the civil war in Ukraine and the reason is just as plain as the nose on an oil executive’s face We are trying to provide American oil companies with access to the European energy market. Right now Europe gets most of its natural gas supplies from Russia through a pipeline that runs through Ukraine. America has been meddling in Ukraine just in order to sell our own surplus natural gas to the Europeans. President Obama should not be pointing his bloody finger at Russia or Russian speakers in Ukraine who are fighting for independence from an illegitimate government that we support in Kiev. The Ukrainian Civil War has been manipulated if not outright provoked  by the European Union and by the United States of America even while the United States has undergone a fracking revolution in the oil and gas industry here at home. Right now the Russians enjoy a virtual monopoly of the the European natural gas market and it is clear that American oil companies would like a piece of that pie in order to maintain the high cost of domestic energy at home. It’s as simple as that. Just follow the oil money. It’s a lot more transparent than Barack Obama is.

If you liked reading this article please take a moment to sign up for my free RSS Newsfeed located at the top of the page.