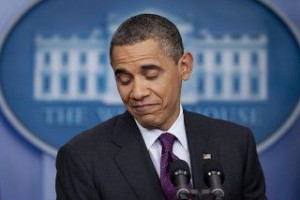 We are creating a democratic, police State right here in America. At least the Obama Administration is trying to. It is hard to believe I know and it sounds like a contradiction in terms, but it really is happening right before our eyes. The Democrat police state actually does exist. All of our phone calls both foreign and domestic are being monitored on Verizon and tracked by the N.S.A.  Verizon is the largest cell phone network. They are not just monitoring our phone calls though. They are also tracking our emails, tweets, and texts over the internet. Their surveillance of Americans even extends to our posts and messages on Facebook. In fact our once kindly old Uncle Sam under the auspices of Barack Obama is tracking all of our communications with each other. This is the same Barack Obama that once promised to have the most transparent administration in U.S. history. So much for campaign promises… A freedom of information request by a British newspaper called The Guardian uncovered the facts. There is not a single thing that you can do on your Verizon cell phone that won’t be stored in a Federal or other data base somewhere and made available to the government whenever it wants. The only thing you can do with your Verizon cell phone that will stop all of this un-constitutional surveillance is to remove the battery and stop using it altogether! Then you should immediately change cell phone networks. Verizon has become just another appendage of the Federal government. Let’s send them a strong message that we actually do want them to monitor. Mind your own damned business and follow the Constitution!

It is time to put an end to all of this data mining by the United States government, and to put an end to the Patriot Act under whose auspices all of these egregious, un-constitutional activities are occurring. In fact it was actually time to put an end to the Patriot Act the last time that it came up for a vote in Congress several years ago. If Muslims  from foreign countries who are living in the United States are causing Americans to forfeit whatever remains of our civil liberties than it is time to revoke all of their passports and visas and send them packing back to the countries from whence they came… And it is also time to send the Democratic Party and President Obama packing too. At least we can send the Democrat members of Congress  packing in the 2014 mid-term elections as early as November. Unfortunately we will probably have to wait almost three more years before we can send Barack Obama packing. The head of the N.S.A. who is an Obama political appointee is a four-star military general. Absolute power has obviously gone to his head.  It has also gone to the oversized head of the Commander in Chief at 1600 Pennsylvania Avenue. Absolute power has made them both certifiably and un-constitutionally nuts! When George W. Bush called for the limited use of unauthorized wire taps back in the summer of 2002 only on calls originating in foreign countries in an effort to detect terrorists and terrorist plots, the Democrats and the Democrat owned media made a lot of political hay about that. Some of them acted like George Bush was out of his mind and they wanted to run him out of town on a rail. But just ten years later with a rubber stamp F.I.S.A. Court consisting of eleven Federal judges now firmly in place and a warranted wiretap program that is vastly expanded to include even purely domestic phone calls, where is the same sense of outrage that was once exhibited by rank and file Democrats? Is it okay now to tap all of our phone calls just because it is a Democratic President who is violating the Constitution? Where is their outrage?

If you liked this article then please subscribe to my free RSS Newsfeed located at the top or bottom of this page and join me at a new social network called www.wepluribus.net