Foxes in the Hen House… Wolves in the White House… and Liberals to the Nearest Nut House ! 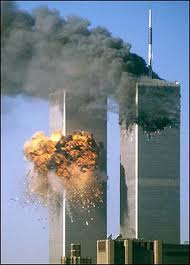 Candidate for the White House or

Candidate for a Nut House?

The foxes are in the hen house, the wolves are in the White House, and the big bad wolf is in the Oval Office in complete control of everything…   There is a pack of wolves in our Nation’s Legislative House and they are all trying to tell us that Donald Trump belongs in a nut house.  Our government is in the hands of some very un-scrupulous and unpatriotic individuals. If politics wasn’t so perverse and justice so blind Barack Obama would be serving time in the Big House instead of  biding time in the White House, and Hillary Clinton would be occupying a cell next to him instead of running for President in 2016.

Last week Mr. Trump said that “the United States should enact a ban on all Muslims coming to America until we can find a way to safely and effectively screen them”. He said this in spite of the fact that some Muslims are good people. Many of us know Muslims who are good people. Nevertheless 99% of the terrorism in the world is caused by Muslims.  We can’t let our feelings toward one or two good Muslims blind us to the fact that Islam is a problem. We shouldn’t let it affect our judgment about how to combat Islamic terrorism.  It doesn’t make any difference if some Muslims are good people. Somewhere in the world people are being victimized by Muslim terrorists every single day. Some of these events don’t get reported or make it to the evening news, but every three days there is another terrorist attack that does, and it is committed by a Muslim.

There is nothing bigoted or racist in anything that Donald Trump said. Allowing Muslims to come to America is like inviting the fox into the hen house. There are literally so many foxes now running around in the hen house that the government can’t keep track of them all… Our government has been infiltrated, the chicken coop has been compromised, and the chickens are beginning to look more and more like sitting ducks in the face of  political correctness and stupidity. That’s what those people in San Bernardino looked like… the ones who were murdered by Sayed Rizwan Farook and Tashfeen Malik. They were sitting ducks when the Muslim terrorists decided to strike.

It took two episodes of back to back terrorist attacks, one in Roseburg, Oregon and the other in San Bernardino, California to convince the majority of Americans that we are not safe here at home, and yet new threats to our safety and security keep coming… under the guise of diversity and multiculturalism they are coming… supposedly seeking an education and a better way of life they are coming… fleeing the violence of war in the Middle East they are coming, but always under the mistaken notion that we can’t stop them. They keep coming.  Donald Trump wants to stop them from coming.

It took just one brave man who is running for President to raise the twin subjects of illegal immigration and Muslims in America to a level of national attention so we can begin to have a discussion about it, but we still hear objections and lectures from hypocrites in the media who tell us that it is against our core values to deny people who pose a risk to our country the passport or visa they need to come here. They tell us that it is against our core values as Americans to deny these people a visa. It’s okay to drop bombs on Muslims in other countries because they pose a threat America, but it is not okay to prevent this threat from coming here.  What is worse?… bombing Muslims in other countries or preventing them from coming here?  The answer should be obvious.

If you think that Islam is merely a religion you are wrong. It is far more than just a religion. It is a total way of life with an alternative system of laws that is fundamentally at odds with our Constitution and our democratic values. Islamic laws implement an institutionalized system of discrimination against women and non-Muslims and a three tiered system of justice. with male Muslims at the top, female Muslims in the middle, and all non-Muslims at the bottom of the ladder. If you believe that Islam is just a religion then the time to discriminate against Muslims is before they get to America. After they come here they are entitled to the same rights and protections as anyone else is under our Constitution. Since way too many Americans are under the mistaken impression that Islam is just a religion we have a serious and deadly problem on our hands. It is a problem that poses a very real threat to our national security and our survival.

Racial discrimination is prohibited by law, but Muslims don’t belong to a particular race. If you think that we have no other choice but to let Muslims into our country because they belong to a certain race, you are wrong.  There are Muslims of every race so race has nothing at all to do with it. There are Black Muslims and White Muslims. There are Hispanic and Asian Muslims so when Donald Trump talks about banning Muslims from entering America he is not talking about racially profiling anybody or banning anybody because of their race.

This article is called “Foxes in the Hen House.” It is about Muslims living in America, but the single biggest fox in the hen house isn’t actually a Muslim. It isn’t even a person. It is actually the mainstream media.  Even more surprising than this is the fact that there are some members of the media who are jointly controlled by an influential member of the Saudi Royal Family. That is why you will never hear anything nice said about Donald Trump or his call to ban Muslim immigration on Fox News .  You won’t read anything complementary about him in the Wall Street Journal or the New York Post.  All these news outlets are part of Rupert Murdoch’s commercial empire which is jointly owned by Prince Al-Waleed bin Talal, the nephew of King Abdullah. While Talal’s exact investment in Fox News Corp. has varied over the years he has always maintained a strong financial relationship in many of Rupert Murdoch’s holdings.

Their is no God given right for anyone in another country to come to America. The Constitution does not apply to anyone outide of our borders.  Its authority is limited to the United States, its territories and possessions. The rights and benefits of the Constitution are not conferred upon other people living in other countries, therefore we can and should stop potential Muslim threats from entering our country before they get here, and we can do it with an ideological test or a religious test or any other way that we want.

Islam is a way of life that is incompatible with our way of life and with our Constitution. It incorporates some elements of religion such as prayer and fasting and charity, but it contains many other undesirable elements including extreme discrimination, misogyny,   violence against women,  gender apartheid,  female genital mutilation, honor killings, forced conversion, and Sharia Law,  all of which are against everything that America stands for. On top of this the Quran advocates the theory of Islamic supremacy through worldwide conquest and religious domination.

If you liked this article then please share it with your friends.