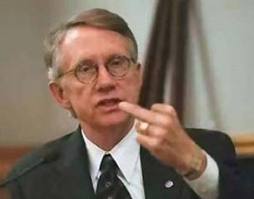 When Right is Wrong, and Wrong is Politically Correct…

and the Democrats always get their way in Congress.

News Update: The U.S.  House of Representatives today on October 17th under the incompetant and ineffective leadership of John Boehner caved in again at the last minute to Democratic pressure to raise the Federal Debt Ceiling  and re-open the 18% of the Federal Government that had been shut down for the last two weeks… So much for principles, political courage, and the will to do the right thing… It was all so much lip service paid to no avail…

Here we go again. It’s time for Congress to go through the annual motions of trying to balance the Federal Budget once again. Of course they won’t do it just like they didn’t do it the last time or the time before that. There will be the usual fear mongering by Democrats in government, and liberals and progressives in the mainstream media about how we absolutely have to raise the Federal Debt Ceiling again, or else there will be a national and worldwide economic catastrophe of epic proportions. Please give me a break… 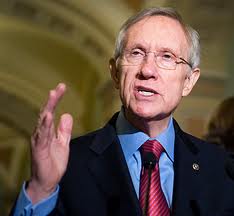 All of this political posturing and fear mongering happens at least once a year now, with regularity. For once in their un-reputable lifetimes the Democrats in the Senate under Harry Ried’s less than stellar leadership have actually produced a clean Bill without any earmarks and forwarded it to the House of Representatives for their approval. But unfortunately it is a Bill to raise the Federal Debt Ceiling once again.  This time they want to raise the Nation’s borrowing limit by one-trillion dollars over the next fiscal year.  That means that the National Debt would be almost eighteen trillion dollars by the end of next year if it doesn’t mean the end of our Republic first.

Raising the Federal Debt Ceiling by another one-trillion dollars shouldn’t make any American happy if they love their country, but it does. Certainly big Wall Street brokerage firms which like to buy government bonds and U.S. Treasury Bills will be pleased, and foreign governments like China, England, and Japan will be celebrating in their nation’s capitols for exactly the same reason. Right now all the Democrats in government can do, and likewise all the liberals and progressives in the mainstream media is to promulgate more lies about how there will be a national and worldwide economic Armageddon if Congress doesn’t raise the ceiling on the National Debt and allow the Federal Government to borrow more money. I guess they think that we can continue to pay the interest on the National Debt with more borrowed money indefinitely. In their opinion this is somehow considered to be responsible fiscal policy, which is why I gave this story the title I did, because everything is truly upside down and all backwards when Democrats are in charge of our Nation’s fiscal policies.

How does simply refusing to borrow more money prevent the United States from using the money that it takes in every month to keep paying the interest on the National Debt? How does not incurring additional debt ensure that we will automatically default on our existing debt? Doesn’t whether we default or not have more to do with our economic priorities, than it does with whether we borrow more money or not?

The interest on the National Debt is, and it rightfully should be one of the first things that gets paid every month… not foreign aid, or food stamps, or the Obama’s many expensive luxury vacations. It is a total lie to say that America will default on its debt payments if we don’t raise the Debt Ceiling and borrow more money. I am so sick of all of the lies and myths perpetrated by the mainstream media. Someone should find a way to just pull the plug on their transmitters because they are really doing our Nation a dis-service. The airwaves they are broadcasting on actually belong to the American people, and they should not be used to lie to the American people.

As Republicans in the House of Representatives hold their ground under fire and show some welcome political courage for a change, it is noteworthy to point out that there is nothing wrong with the House of Representatives exercising the power of the purse. There are consequences to elections after all. Isn’t that what the little gang of Democrat thugs in control of the Senate and the White House keep reminding us whenever they want to circumvent the law and the Constitution, and unilaterally pass sweeping transformational change in without so much as a single Republican vote?

The consequences of elections actually applies to all three branches of government, and it cuts both ways. At least Republicans in the U.S. House of Representatives are not violating the Constitution in order to achieve their illicit goals.

If you liked this article then please subscribe to my free RSS Newsfeed located at the top of this page… Also you are invited to join me and other concerned patriots on our own social network www.wepluribus.net