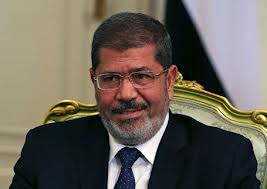 I bet that most of the Muslims who have died in sectarian fighting in the Middle East since their so-called Democracy Movement began and in their phony Arab Spring (a term that the media like to bandy about) would probably still prefer to be alive today under the autocratic rule of Muammar Ghadhafi, Hosni Mubarak, or Haffez Al Assad than to be where they actually are right now, six feet under the ground pushing up daisies. I’m sure this is even more true for the small minority of Christian Arabs who have been slaughtered in the senseless crossfire between the warring factions in the name of fighting their oppressive authorities. But the Arab Spring that never was and probably never will be, was not designed to ever replace tyranny with freedom! Rather it was fabricated to exchange one set of Arab autocrats for another, namely to replace Hosni Mubarak and Muammar Ghadhafi with Mohammed Morsi and the Muslim Brotherhood.

The Brotherhood’s particular brand of Sharia Law is not any more tolerant than the iron fisted secular rule of Hosni Mubarak or Muammar Ghadhafi was. And this should be even more apparent now that Egyptian President Morsi has unilaterally declared that his word is the supreme law of the land. It is way above questioning even by Egypt’s highest courts!… Some Egyptians are likening Morsi’s sweeping power grab as akin to making himself Pharaoh! Morsi proclaimed that his decisions are no longer subject to any judicial oversight. Does that sound like the budding democratic institutions of a representative government to you? So much for their so-called Democracy Movement and the “Arab Spring”! (Well I really don’t hate to say it but I did tell you so!) And you can blame all of this on Barack Obama because he ordered Hosni Mubarak to tell his Egyptian soldiers to stand down and allow the Muslim Brotherhood to take control of their country.

However life under the new authorities in the Middle East will not be that much different than it was under the old authorities… In other words if you follow the rules and do what you’re told then you will be allowed to put food on the table and have a roof over your head, and that’s just about the same way it always has been in the Middle East. That’s the way it was before the so called Arab Spring came along, except for the token Christians who are allowed to remain there just to do the unsavory work that Muslims will not do. They will have food on the table too, and a roof over their heads, but it just won’t be as nice as those of their neighbors.

So you tell me whether all of these deaths in the name of “democracy” have really been for any higher purpose. I don’t think so! It just looks to me like another re-shuffling of the Middle East cards, but the deck is still rigged, and the outcome is still controlled, and the future doesn’t look any brighter than the past. This is the inherent troubling tendancy of the Middle East.

It is a region of the globe that is certainly governed by strong rulers, but even more than strong rulers, it is governed by an ancient way of thinking, and a world outlook that refuses to change with the times, a world view that is locked somewhere in the past in the 7th and 8th centuries by a book that teaches the triumph of hate over love, violence toward others instead of peace, and the supremacy of a single world religion at the expense of all others, rather than peaceful coexistence. How can we expect to get different results in this part of the world when everything is always framed and guided by principles like these found in the Quran?