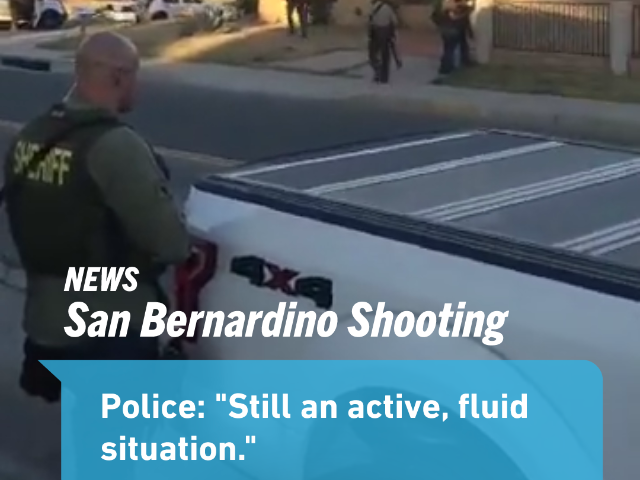 It Depends on What the Definition of a Terrorist is…

What the Definition of an Attack is…

And What the Definition of IS… is, and Who is Reporting it!

How many times are we going to allow ourselves to be attacked by Muslims right here in America before we end our favorable immigration policies toward Muslim Countries?…  How many more times are we going to let our federal government just allow us to be slaughtered in the name of Islam before we demand they implement some basic common sense changes in our open door immigration policy toward the Muslim world? That is the real question that needs to be answered and it needs to be answered fast before anyone else has to die.

Twenty eight year old Syed Rizwan Farook was born in Chicago, Illinois the son of Pakistani immigrants. He  lived his entire life in the United States, without ever assimilating. He was in the United States but he was not of the United States. He didn’t love our country or the Christian people who took his parents in and provided him with a good education, a good job, and a good life. In that regard He was just like Dzokhar and Tamerlane Tsarnaev, the Boston Marathon bombers who never loved our country either.

One of Farook’s co-workers in San Bernardino, California where he worked said of him that, “He never struck me as being a radical or seemed suspicious in any way.” That is exactly the same thing that neighbors said about the eleven Saudi  hijackers who brought down the World Trade Center on September 11th. It looked like he was “living the American dream” Farook’s co-worker said of him…, but on December 2, 2015 Farook together with his Pakistani born wife, Tashfeen Malik  ended the dreams of many others. They ended the dreams of fourteen Americans who actually did love this country when they took their lives in cold blood. Not only that, but Farook and Malik destroyed the dreams of twenty three other Americans whom they seriously wounded in what can only be properly described as a terrorist attack on American soil, but Barack Obama and Hillary Clinton refused to call it a terrorist attack. Most of the Democrats in the Democrat Party won’t call it a terrorist attack and you won’t likely hear it described as a terrorist attack in the media or by the Council on American Islamic Relations (CAIR) nor by the attorneys representing the terrorist’s family. If you care to type in the words San Bernardino into the search engine of your computer it won’t supply the words terrorist attack. It will substitute the words shooting or mass shooting. instead. In Paris when French citizens were murdered by Muslims it was called a terrorist attack, but in America the same thing is immediately labeled as a mass shooting. Why? We all know what is going on here, don’t we? 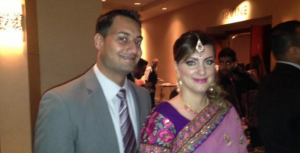 Farook along with his wife, Malik whom he met while on a Hajj to Mecca, and later brought to the United States and married on a K 1 fiancée Visa perpetrated an act of horrific terror on the good people of our country who took them both in and nurtured them as a result of our lax immigration laws.

Isn’t it time that we change our dangerous immigration policy toward Muslim countries and stop allowing more Muslims to come to the United States? Most Americans think that it is, but apparently our President and our Congress do not think so. Even now our government is allowing thousands, possibly hundreds of thousands of Syrian Muslim refugees from the Middle East to come to America. They are being resettled all over the country. It is certain that there are terrorists and future terrorists among them that cannot be discovered until they commit their violent acts of terror.

Senator Rand Paul has authored some common sense measures contained in the Secure America Act (Senate Bill 2329) to prevent the entry of these Muslims into our country, but on three separate occasions, NOT ONCE, NOT TWICE, BUT THREE SEPARATE TIMES everyone of these measures has been rejected by the United States Senate. The last time they were brought up for a vote was on December 3, 2015  one day after the terrorist attack in San Bernardino when they were proposed as an Amendment to HR 3761. The Amendment was defeated by a vote of 10 to 89 with one member of the Senate not present or voting. Even Senator Marco Rubio voted against the Amendment.

President Obama has denied that what happened in San Bernardino is an act of terrorism. The media chose to call it a mass shooting instead, and the Muslim apologist in the White House wants to allow even more Muslims from Syria and Iraq to come to the United States. For what purpose? President Obama insists that they can be safely screened and vetted so they don’t pose a threat to Americans, but he is lying. What he is saying is impossible.  How is he going to do that? Is he going to ask Syrian refugees who want to come to America if they are radical Muslims or not? Is he going to ask them if they believe in the literal interpretation of the Quran or not?

How many more times do we have to be attacked in our own country before we learn the lesson that we should have learned on 911. What is it going to take before we end our dangerous immigration policy of allowing Muslims to come to the United States?  When is our instinct for survival going to start kicking in? That is what I would like to know.

What happened in San Bernardino wasn’t a mass shooting. It isn’t an excuse to take away American’s guns or to make it even harder for Americans to own the guns we need to protect ourselves. It is a reason to change our dangerous immigration policies. San Bernardino isn’t a reason to renew the Patriot Act or to continue to spy on most Americans. It is a reason to end all immigration from all Muslim countries. We need our weapons to protect ourselves. Our government won’t protect us. 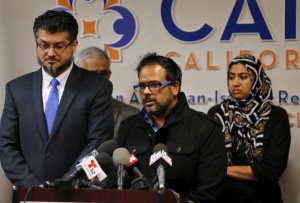 In Paris a terrorist attack is what happened last week when Middle Eastern Muslims killed French citizens using guns at the Bataclan, but most French citizens don’t own guns. It is very hard to own a gun in France and there is no Second Amendment to protect their right to bear arms like we have in America. What happened in Paris was rightly called a terrorist attack, but when the same thing happens in our own country it is immediately labeled a mass shooting and it becomes just another reason to bring up the issue of gun control again.

Barack Obama should be impeached. If our Congress is unwilling or unable to do it then they should all be thrown out of office in the next election. Hillary Clinton and the Democrats need to have their hats handed to them and the media needs to be taken to the woodshed.

Support writers and commentators like me who tell you the truth and stop believing whatever you read and hear in the mainstream media. We have a government that refuses to protect the American people from a known threat entering our country. Instead they are facilitating its entrance into our country and they refuse to remove the existing threat already here in the form of a Muslim fifth column at home. This government needs to be disassembled and replaced at the next election. Whatever it takes.

Dateline / Friday, December 4, 2015 / Update: After three days of meticulous investigation into the San Bernardino massacre while present and former officials in the Obama Administration and members of the Democratic Party were all calling it a mass shooting and demanding tougher gun laws the FBI finally decided to call it what it really was… a terrorist attack… a massacre of infidels by Muslims in America. It is now officially considered to be a terrorist attack, but was there really any doubt?… and yet…. THE FBI is STILL LOOKING FOR A MOTIVATION.. Can you believe that? They are still searching for a reason why… Hey, let me tell you dummies at the FBI what their motivation was… It’s called the Quran and this jihad has been going on for two thousand years. What a disgrace that the FBI has to be so politically correct. We need to stop accepting this political correctness and we need to stop importing this Islamic terrorism to America. End of Story! 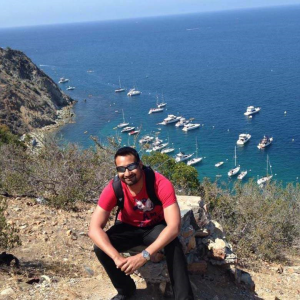 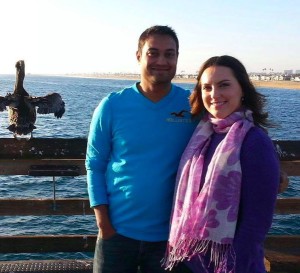 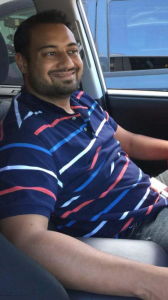 This undated combination of photos provided by the FBI, left, and the California Department of Motor Vehicles shows Tashfeen Malik, left, and Syed Farook. The husband and wife died in a fierce gunbattle with authorities several hours after their commando-style assault on a gathering of Farook’s colleagues from San Bernardino, Calif., County’s health department Wednesday, Dec. 2, 2015. (FBI, left, and California Department of Motor Vehicles via AP)