The Political Party is Over but Washington Still Parties On 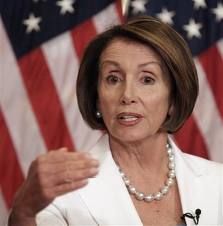 The Political Party is Over… but Washington Still Parties On

“The party is over!”  With these exact words the former Democratic Speaker of the House Nancy Pelosi  ushered through Congress the $787 billion dollar bailout of Wall Street called the Stimulus Bill. Democrats forced this legislation through Congress in spite of the overwhelming opposition of a majority of the American people and virtually the entire Republican Party. It didn’t matter to them that most Americans were against this massive subsidy for Wall Street. My response is just to say to the former Speaker of the House, yes Nancy your Party is over.  The Democratic Party is over! But they continue to party on in Washington just as if nothing at all has changed.

For millions of outraged Americans who called their Senators and Representatives in October 2008 and then again in February of 2009 to urge them to vote no on the massive two part bailout of Wall Street, this was no laughing matter. We kept the phone lines busy in Washington for days, even shutting down the Capitol switchboard at one point… Millions of e-mails also flooded the Senate and Congressional offices urging them not to pass either the Bush Bailout Bill, or the Obama Economic Stimulus Bill. But it was all for naught.  Democrat Speaker Nancy Pelosi said that she knew the comments from her own San Francisco Congressional District were running overwhelmingly against passing either of the two Bills, but it was not going to change her mind one bit, or influence the way she was going to vote… So much for the whole idea of a representative democracy with a Democrat Administration and a Democrat controlled Congress!

For most Americans who were actually paying attention to what was going on in Washington D. C. it seemed more like a “bank robbery than a bank bailout, with the bankers the ones who were  committing the robbery.  It seemed a lot more like a “stick-up” than a Stimulus!  “Put your hands up in the air and give me all of your money…and make it fast. I am in a hurry”! Those seemed like the thoughts if not the exact words of our Secretary of the Treasury Henry Paulson in October 2008 when he appeared before Congress and demanded the first $700 billion dollars in financial aid for Wall Street. This was technically referred to in Washington parlance as the Emergency Economic Stabilization Act of 2008. But it was more like highway robbery!

This crime was repeated again six months later when Timothy Geithner, our next Secretary of the Treasury under Barack Obama appeared before Congress in February 2009 to demand an additional $787 billion dollars in financial assistance to bailout more failing financial institutions. This time the stick up was euphemistically referred to as the Economic Stimulus Bill, or more precisely the American Recovery and Re-investment Act of 2009. It was more like another act of highway robbery though. This Bill unlike the first one had virtually no Republican support in Congress. There were only two Republican Senators from Maine (Susan Collins and Olympia Snow) who voted for the Obama Stimulus Bill. The only thing missing from both of these white collar crimes was the actual gun and the mask, and the blood stained gloves!

So why was everybody on Capitol Hill in such a big hurry to pass these two Bailout Bills. Oh I know what they told us… They said the economy couldn’t wait! They said the matter was of the utmost importance. It was so urgent that they couldn’t afford to wait another minute!  I know that somebody couldn’t wait, but I seriously doubt it was the economy that was pressing for such a speedy resolution of the matter… It was probably the very same bankers who stood to profit that couldn’t wait. They couldn’t wait to get their greedy little hands on 1.4 trillion dollars worth of the taxpayer’s money!

Both the Bailout Bill and the Stimulus Bill passed Congress and they were quickly signed into law by the President against the will of a majority of the American people, and right before our disbelieving eyes. Both Bills were passed just before a Congressional recess, and before our elected representatives could return home to their States, and to their Congressional Districts, and actually hear from their constituents.

The phone calls and the e-mails regarding both the Bailout Bill and the Stimulus Bill were running 95% against any type of a taxpayer funded rescue.  It is fair to say that we no longer have an effective Congress that represents us. Our national leaders don’t hear us. The current President of the United States doesn’t care what we think. The leadership in both the House and the Senate, and in both political Parties does not even listen to the public. So We the People effectively have no voice in Washington anymore. It is up to us to provide the National leadership that is lacking in order to restore the representation that is missing, so that we can save our Republic which is dying.

Our Nation fought a Revolution 230 years ago to free ourselves from foreign domination. Today we find ourselves right back in the very same position. We are dominated once again by overseas interests and foreign nations. However it is even worse than it was back in 1776 when we were only controlled by one foreign nation, England. Today there are many powerful interests all over the world that are affecting American policy, and there are just as many foreign countries whose governments are attempting to control the United States of America. Chief among these countries are China, Japan, and England again, and the oil rich countries of the Middle East especially Saudi Arabia.

To whom do you think that our Congress and the President of the United States are actually listening if not to the citizens of this country? What was it about those high risk, high yield, mortgage backed securities that foreign investors liked so much, but their governments around the world didn’t understand?  What didn’t these Wall Street investment houses who sold them understand?  When did it become fashionable to spread the risk of private investment around to the general public while still limiting the profits to a select few? Where is it written in the United States Constitution that our Federal Government has any role to play in bailing out private enterprises, whether it is on Wall Street, or in Detroit. Where is it written that Congress shall do anything to assist one business at the expense of another, or to effect the marketplace, or to do any other thing beside regulate interstate commerce?

In conclusion I hope you will remember something. Former President George W. Bush, both of our major political Parties, the leadership of both Houses of Congress, and both of our Presidential candidates in 2008 all supported the first $700 billion dollar Bailout of Wall Street. Right then and there it was perfectly obvious that We The People no longer have an effective voice in Washington. Our Government is controlled by powerful political brokers and high paid corporate lobbyists. It is time to stand up to them and reclaim our country in the next election. We don’t have a choice. Either we stand up to them and take our country back in November, or we stand to lose our country and our Republic forever.