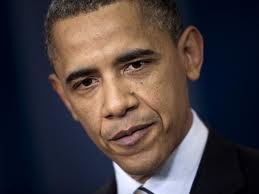 The Blackberry and Barack Obama

A Perfect Metaphor and a Fitting little Epithet!

It’s Time for America to Move On

When he became America’s 44th President the little Blackberry was the very latest innovation in communication technology, and Barack Obama was the very first U.S. President in history to ever own one. The mainstream media made much of it at the time… It also ruffled a few feathers at the White House and around the country in those early days of his Presidency, and it caused quite a lot of concern in certain legal circles too as our Nation’s first Black President began to make himself feel right at home in the White House.

The primary concern resulted from the implications that texting on his Blackberry posed regarding the President’s own privacy, and questions that arose regarding the public’s right to know the full extent of his conversations. But the prevailing legal opinion was that President Obama could continue to use his Blackberry, and that his private conversations with his family and his close friends would be kept confidential.

Many people had very high expectations for the little Blackberry and for its Canadian manufacturer Research in Motion, just as many Americans held out very high hopes for our Nation’s first Black President. The newest President and the newest innovation in technology were both on similar trajectories. They were both riding a wave of popularity that made them the two most popular topics of conversation across the country. But just like America’s interest in the little Blackberry soon waned, and it lost much of its popularity, so too America’s first Black President has lost much of his popularity, and his personal appeal has waned too. Four years is a long time!… both in politics and in marketing. The hope and change that Barack Obama promised turned out to be a lot of smoke and mirrors instead! America seems to have lost its fascination with both, the Blackberry and Barack Obama.

The little Blackberry which rode to fame partly on the high level endorsement and the notoriety afforded to it by our country’s most famous citizen, who was also its biggest proponent and its most prominent user, has since been surpassed and replaced by newer and even better technology… by I phones and androids with touch screens which can perform a wider variety of functions and so renders the older Blackberry technology almost obsolete. The Blackberry is increasingly becoming irrelevant today just as its most prominent spokesman is plummeting in the polls in the remaining few weeks before this crucial election.

I think the Blackberry is quickly becoming a metaphor that will soon be used to describe early obsolescence just like cassettes and 8 track tapes did for a while after their brief heyday… or as the President recently said… bayonets, for that matter! The Blackberry’s time has come and gone. The time for bayonets has come and gone. And now the time for Barack Obama as our Nation’s 44th President  has come and gone too! His special little place in the public spotlight is quickly coming to an end.  As such I think the Blackberry is the perfect metaphor and a fitting little epithet for Barack Obama. The two of them have always been on similar trajectories, and they will forever be conjoined at the hip of time, the Blackberry and our first Black President, Barack Obama. But it’s time for America to move on.