Stopping the Progressive Transformation of America, Defeating Democrats Now and Beating the Republican Establishment in 2016 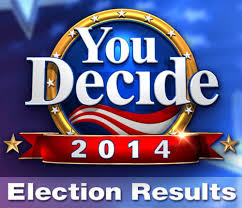 and Beating the Republican Establishment in 2016

The day after the First Tuesday in November is called Spin Wednesday when all of the journalists in the mainstream media try to spin the results of the election. That’s what all of the liberals have done in the wake of their crushing defeat at the polls in 2014. And by the way… a crushing defeat is the only way to describe what just happened, but the liberals keep spinning until their heart is content. The fact is that Republicans took control of the Senate with a gain of at least seven and possibly nine more seats. Now they enjoy an even bigger majority in the U.S. House of Representatives than they had before. It is a bigger majority than they have ever had since the Great Depression in 1929. That’s over eighty years ago and it is all because of you… the conservatives in the Republican Party.  It was a crushing defeat for Democrats and their progressive agenda no matter how hard they try to spin it. But did the leaders of the GOP give conservatives credit for it… Hell no. They ridicule you and continue to marginalize you.

Starting at the top with ObamaCare, the President’s signature piece of legislation and proceeding all the way down to  the President’s current push for comprehensive immigration reform… the Democrats are in full blown denial as to what the results of the Midterm Elections really mean. The Democrat leader in the Senate is Harry Reid. The other day he said that the Democrats’ defeat at the polls in 2014 meant that, “the American people want Democrats and Republicans to work together.”  Excuse me ?? No it doesn’t!  The American people rejected the Democratic Party because they don’t like the way it is governing the country. We elected Republicans not to cooperate with them. We elected Republicans to stop them. That’s the truth, but of course the Democrats won’t admit that, not even to themselves. What President Obama said in the aftermath of his Party’s crushing defeat in 2014 indicates that he is in even more denial than Harry Reid is.

Take my advice and don’t listen to any of the spin coming from the mainstream media and the Democrat Party.  It will only drive you completely nuts. Let me give you some good advice for the next two years because our political battle has only just begun. As soon as the 2014 Midterm Elections are over conservatives need to quit the Republican Party in droves. We need to send a very strong message to the GOP, a message that they can not and will not ignore. If millions of conservatives change their Party affiliation from Republican to independent or to non-affiliated then the Republican Party will begin to pay attention. They will not be able delude themselves anymore by thinking that their recent success in the midterm elections was due to the ridiculous idea that Americans actually voted for them rather than just against their opponents.

If conservatives don’t quit the Republican Party in sufficient numbers to make the R.N.C. take notice before 2016 then the RNC will just continue to take your vote for granted both now and in the future. They will worry more about losing the Hispanic vote in 2016 than your vote and they will nominate someone like Jeb Bush or Chris Christie or Mitt Romney to run again for President.  It will happen. Jeb Bush is already traveling around the country trying to secure promises to support his bid for the nomination in 2016. Romney is doing the same thing. That’s why he is keeping his face and his name in the news whenever and wherever he can. The only way to prevent this from happening again is to make the Republican Party worry about losing your vote. We can have more impact on the Republican Party if we leave it now than if we chose to remain. Ask yourself one very important question. Whose vote is the Republican Party actually more worried about losing… yours or some Hispanic’s who is not even in our country legally ?

Make the Republican Party work for your vote in 2016. Don’t let them assume it’s in the bag. Don’t let them take your vote  for granted ever again. Quit the Republican Party and register as an independent or a non-affiliated voter. Make sure that the Republican Party pays attention to you in 2016.  It’s really our last, best chance to turn the country around and restore respect for the Constitution in Washington. Please remember this… Even Ronald Reagan couldn’t reform the Republican Party from the inside by working with it. He couldn’t change the Republican Party by cooperating with it and neither can you. Ronald Reagan didn’t defeat socialism in America. He didn’t defeat the leftist ideology of the Democratic Party. He only helped to defeat socialism in the Soviet Union. That was obviously a lot easier than defeating the Progressive, Leftist ideology here in America. Progressivism remains alive and well in America and it is fundamentally transforming our country. If you want to stop it then you have to try a fundamentally different strategy.

To be sure the Reagan Revolution ended the day that Ronald Reagan left office. That was the day that the Democrat and Republican Parties picked up right where they left off before Ronald Reagan became our 40th President.  Today the Democrat and Republican Parties are far worse than they ever were during the 1980s and there are no more Ronald Reagans around to even temporarily halt our country’s progressive slide to the Left.  Furthermore we need to do much better than Ronald Reagan actually did if we are going to pass the blessings of freedom down to our children and our grandchildren. Merely halting America’s progressive slide to the left for eight years is not enough.  We need to do better than that. We need to reverse our country’s direction. We need to try a fundamentally different approach… one that does not consist of appeasement or cooperation with the progressives who control the Republican Party.

Today I quit the Republican Party. Please stand with me and make the GOP hear our combined voices. They have all the money they need from their wealthy, east coast, progressive establishment donors, They don’t need your money, but they can’t win the 2016 election without your votes. Make them earn your votes. If you quit now they will listen… maybe not immediately, but they will stand up and take notice and they will listen before 2016. Quit the GOP now!