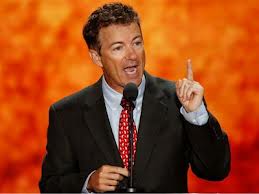 A Bridge to Somewhere from a Position of Nowhere

RINOS still rule the Republican Party in spite of all the hard work and determination of the Tea Party. Republican conservatives and libertarians keep fighting each other, and shooting each other in the foot while RINOS remain solidly in control of the Republican Party. If we are not careful that is the still the way it is going to be in four years. How does that sound for a winning political strategy in 2014?

We should all just agree to stop shouting at each other and shooting each other in the foot. We should also try to stop blowing up useful bridges with our shortsighted policy of mutually assured destruction. We must recognize that we need each other in order to defeat our common political enemy, i.e. progressive Democrats. We need to make a grand strategic alliance of sufficient proportions in order to unseat the ruling RINOS in the Republican Party first, so that if we actually do beat the Democrats in 2014 and 2016, our overall victories will actually mean something in the end. Our battle is not with Democrats right now. Our battle is with members of our own political Party!

For the next year we must do everything in our power to defeat the liberal Republicans in control of our Party so that we can actually run real conservative candidates in the midterm elections. We can settle the philosophical and ideological rivalries that divide us later after we have prevented our country from going over the freedom cliff from which there is no hope of returning.  If we fail to understand the consequence of our inability to build a bridge between our two factions than it means the certain end of freedom in America, and neither of our two sides has any hope of regaining control of this stampeding pack of RINOS who are marching our Party and our Country right over the freedom cliff.

In order to construct a bridge to somewhere from a position of nowhere there must first be a foundation upon which to build it. My belief is that this framework already exists. It is our shared belief in God‘s redeeming grace. Christian conservatives and libertarians already have that in common. On this foundation we can erect a sufficiently sturdy framework of political cooperation upon which to restore our Constitution and our Republic!

Of necessity we will have to exclude some whose secular beliefs prohibit them from ever having the simple faith the size of a grain of mustard seed. That will undoubtedly include many young libertarians who are either atheists or agnostics. Many of these young “twenty-somethings” are fervent admirers of Ron Paul. They are  young members of the Ron Paul Revolution, or the idealistic supporters of his Campaign for Liberty. They are young secular humanists who live in a place where no bridges are possible, and where no welcoming hand can ever be extended because these people are haters. They hate Jews. They hate Israel. And they hate the Bible! They hurl names and epithets at anyone with whom they disagree, especially at conservatives who thoughtfully decided to vote for Mitt Romney in the last General Election. Many of these young “know it alls” get their news and information from the most un-reliable sources like Russian newspapers or T.V. We need to build a bridge to libertarians, not a bridge to Lenningrad for Pete’s sake!

Unfortunately these young secular humanists make up a large part of the Libertarian Movement, and they cannot be included in any possible bridge between Christian conservatives and libertarians. There is no earthly bridge that can connect light and darkness. As long as there is darkness in their world there is no possibility of light ever entering in. But once light enters, then their darkness is dispelled. So until that happens there cannot be a bridge connecting people of faith and secular humanists. If the majority of conservatives and libertarians understand this, then we can work together to save our beloved country, but we must hurry because there isn’t a moment to lose in this critical battle for the future of America!