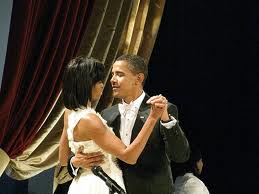 Do you know how devious Democrats can be? Well the other day on National Public Radio I was listening to someone substituting for their regular weekend host Scott Simon. He is certainly bad enough, but this woman who was covering for him on Saturday morning was talking about how Barack Obama will be taking the oath of office on the anniversary of Martin Luther King Jr. Day. The subject dejour this Saturday morning was about… you guessed it, race again!  Oy vey, what a coincidence.

It certainly isn’t as black as the color of Thurgood Marshall’s skin was, or Clarence Thomas’ skin, or Thomas Sowell’s skin, or Congressman Alan West’s skin, or former Congressman J.C. Watts skin, but who cares? Who is even paying attention to the color of anybody’s skin anymore except the liberals in the mainstream media? But okay now that they made me look, here is what I have to say to them. “Even if his skin was black (and it really isn’t so stop trying to take credit for it all of the time) it would not make one iota of a difference to me as long as the color of his political ideology wasn’t Russian Red”!

Do you know how much nerve these little socialists at N.P.R. have? Well, they began this Saturday morning by interviewing the author of a brand new book. The name of the book is The King Years: Historic Moments in the Civil Rights Movement, and the author’s name is… well who cares what the author’s name is anyway? I certainly dont!!! Oh all right I will tell you what his name is, but only because it might help this article rank higher in the Google ratings. The name of the man who wrote the book is Taylor Branch. So there I told you! Then the progressive author of this book together with the socialist host of N.P.R.’s Weekend Edition proceeded to site George Wallace, the former governor of Alabama as the originator of all of the current anti-tax and spend rhetoric that is percolating in America today, as well as the ideological inspiration for much of America’s growing opposition to a strong federal government.

I couldn’t believe my ears. I got so mad I wanted to put my fist right through the radio! They cited the former racist governor of Alabama as the father of today’s modern anti-tax movement, (Can you believe that?) and the fountain head from which springs forth America’s growing opposition to the increasing size of our federal government. Nevermind the fact that George Wallace was a Democrat which fact they conveniently failed to mention. They were far more concerned about linking his anti-tax and anti-spend policies, and his opposition to big government to his racist past, rather than to his Democratic Party affiliation. But George Wallace was neither the inspiration for, nor the originator of today’s modern anti-tax movement. And he is certainly not the first American to ever be concerned about the growing power of the federal government in Washington. Sorry, but their assumptions about just who or what is motivating Americans today is not even remotely close to being true!

Every single one of America’s founding fathers had a more conservative governing philosophy with respect to controlling the power of the federal government than George Wallace did. Even Alexander Hamilton was more conservative than George Wallace when it came to granting Washington more power! The only reason that N.P.R. even mentioned George Wallace’s name was because he was a supporter of segregation …  and they never even bothered to mention the fact that he was also one of their own, a Democrat racist just like Strom Thurmond!

All of our founding fathers shared the same idea that taxes to the Federal Government were supposed to be paid by the States, and not by individual Americans. And the type of central government that they envisioned was one that was much smaller, and not nearly so powerful as the current federal government that we have in Washington today. What the hell was this author and the N.P.R. radio talk show host even talking about? I wonder if they even know what they were talking about. They must be either complete ignoramuses or Marxist talking pin heads!

If you liked this article then please subscribe to my free RSS Newsfeed located on the Home Page of this website and please consider also joining our new social network. It  is soon going to become the best place on the internet to discuss news and politics. The name of this new social network is WePluribUS. Here is the link: https://www.wepluribus.net/index.php