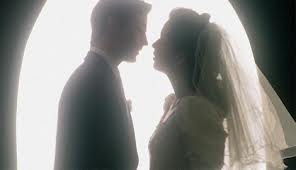 Elvis has left the building and the Supreme Court has left town… But just before they did, they handed down a raft of major decisions. Amazingly enough some of them weren’t so bad. The net effect of the Supreme Court’s two biggest decisions today on DOMA, and on California’s Proposition 8 is that the power to decide whether or not to permit same sex marriage is left up to the States as it rightfully should be. Of course I would have liked to see the Supreme Court uphold the Defense of Marriage Act, but this decision is not so bad. It should not be construed as a defeat for traditional Christian values, but rather as a victory for advocates of limited government, and for all of us who still love the Constitution. Apparently they still occasionally read it over there at the Supreme Court. These two decisions should NOT be viewed as a victory for all those who like to make love to someone of the same sex, no matter how hard they try to convince us that they were. They should rather be viewed as a victory for all those who love the Constitution. 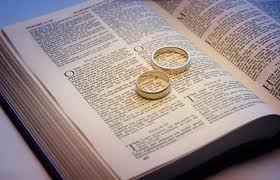 A crucial part of the Defense of Marriage Act (DOMA) that once defined marriage for the entire country as a social contract between one man and one woman has been struck down by the United States Supreme Court as un-constitutional. That is true. This legislation was passed by Congress and signed into law by President Clinton in 1996. Since then the Democrat Party has moved much farther to the left. The new high court with two new Obama appointees on it who are both women, and who are both lesbian activist judges did exactly what most observers expected they would do. So the Supreme  Court’s decision came as no surprise.

Elvis is not the only thing that has gone out of the building though. The fundamental brick and mortar of values and civilization upon which all traditional societies have been built for the past 5,000 years has now been removed from the building too. The only thing left holding up the house is our Constitution, and God help us if they altogether stop following that. However this decision today really only affects twelve States. Those are the twelve States that have already passed laws allowing same-sex marriage to occur within their borders. They are:  Vermont, Massachusetts, New Hampshire, Connecticut, New York, Iowa, Rhode Island, Delaware, Minnesota, Maine, Maryland, and Washington. In all cases where same sex marriage has been legalized it has either been by court order or by an official act of the State Legislature, and not by a vote of the people except in three States. They are Maine, Maryland and Washington. This is not by any means a steamroller for the gay rights agenda like the liberal media is portraying it.

The Supreme Court decision striking down DOMA and deciding not to rule on the merits of California’sProposition 8 is not the end of the world for people who hold traditional Judeo-Christian values. It should however be the beginning of a renewed effort to hold on to our Constitution for our dear lives. We should be holding on to our Constitution just as hard as the liberal propaganda machine claims we are clinging to our guns and our faith.

In a separate case the Supreme Court declined to rule on the actual merits of California’s Proposition 8, thus leaving California’s ban on same sex marriage essentially still in effect, at least in the minds of the many Californians who voted for it. The High Court ruled instead that because of the conspicuous absence of the California Attorney Generals office who was not actually there defending its own law, that this case lacked sufficient legal standing, and the proper legal representation to be heard, thus leaving California’s popular initiative banning same sex marriage still basically unchallenged at the Supreme  Court level. So it is still in effect today in theory at least, and in the minds of many Californians who voted for it, while the battle for California’s soul still goes on, after a lower court decision overturning Proposition 8.1 (See footnotes at end of article)

When both Supreme Court decisions are considered together in their entirety, they clearly reaffirm the Constitutional right of every State to decide for themselves whether or not to allow same sex marriage. In the final analysis all things being considered, that is actually a good thing. It is the next best thing to having a society that is based upon sound moral values, which we obviously don’t have anymore.  The next best thing to having a society based on good, sound moral values is to have one where, “the powers not delegated to the United States by the Constitution nor prohibited by it to the States, are reserved to the States respectively, or to the People,”  in other words a society that follows the Constitution. That is the Tenth Amendment which was ratified in 1791. So let’s all start clinging to our Constitution now for dear life, just like the liberals accuse us of clinging to our God and our guns. Let’s show them our clinging power. 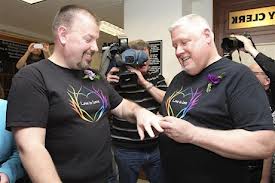 For the very first time today I heard a new phrase uttered by a progressive journalist on National Public Radio which I have never heard before in my life. That phrase was “opposite sex marriage”.  So up is still down, and down is still up in liberal journalism and in Washington which is dominated by all of their liberal propaganda.  Good is still bad, and bad is still good, and the brainwashing by the liberal media still continues today unabated and undeterred by whatever the Supreme Court decides. It will continue to influence our society until the conservative people of this country actually own an arm of the media. The liberal brainwashing of our society by the media will continue as long as the liberals control the news, and the RINOs control the Republican Party.

Meanwhile the Supreme Court’s decision today to toss out certain outdated provisions of the Voting Rights Act of 1965 is being attacked by all the leaders of the race baiting and race peddling industries all across America who actually want us to believe that we are still living somewhere back in the 1950s, and that police dogs and water cannons are still being used to keep African Americans from going to the polls to vote. Please give me a break! In the last Presidential election there were actually members of the Black Panther Party standing out in front of the polls intimidating White voters. All of this liberal propaganda makes me want to bang my head against a brick wall. Oh but that’s what I am already doing most of the time anyway.

If you liked this article then please subscribe to my free RSS Newsfeed above, and join me and other patriots at www.wepluribus.net

1.  Since there have been some pretty varied and confusing interpretations by the liberal media in the aftermath of the Supreme Court decision regarding California’s Proposition 8, let me try to clarify just what actually happened in Washington, and where things actually stand in the “land of fruits and nuts.” ABC claims that California is the 13th State to legalize same sex marriage. NPR and Reuters Press Agency say there are only twelve States that have actually legalized same sex marriage, plus the District of Columbia.

In reality California had a referendum that banned same sex marriage back in 2008. It was called Proposition 8. That was a direct result of the California Supreme Court decision to overturn its predecessor, Proposition 22.  The Referendum banning same sex marriage was passed in 2008 as a response to that, and Proposition 8 became an Amendment to the State Constitution of California. Then the Ninth Circuit Court of Appeals intervened, and overturned Proposition 8, and the continuing see saw battle between the voters of California, and their elected and appointed officials has been going on now for about 13 years ever since 2000.

I believe that California is the first such case where a court has actually overturned a referendum of the people and an amendment to the State Constitution banning same sex marriage. That’s what Proposition 8 did. It made same sex marriage illegal in California, and it became an amendment to the California Constitution. Even the United States Supreme Court did not do what these lower courts have thought to do and in fact done. It did not overturn a direct vote of the people. It only chose to acknowledge what twelve other States had already done. And the US Supreme Court chose not to acknowledge one way or the other anything that is going on in California. In other words it turned a blind eye to the issue altogether as far as California is concerned. It did not decide really anything with regard to the legal merits of Proposition 8, but it based its decision on a mere legal technicality.

The Governor of California, a liberal Democrat by the name of Jerry Brown decided that his Attorney General’s Office would not defend Proposition 8.  That’s correct. The top law enforcement officer in the State of California chose not to defend his own law. That’s kind of like what Barack Obama did when he decided that he would not enforce our country’s immigration laws, or that he would not enforce DOMA at the Federal level.  It seems that there are a lot of actual conspiracies going on in our country right now. So the liberal loon Governor of California, Jerry Brown who is sometimes referred to as Governor Moonbeam chose not to order his Attorney General to defend California’s ban on same sex marriage. (Of course everyone knows that Governor Brown is totally in the pockets of Hollywood, and Hollywood is behind the gay rights agenda.)

The United States Supreme Court only ruled that in the absence of a proper defense team that they would not consider the merits of the case regarding Proposition 8. They said that no one else in California had the legal standing to defend California’s ban on same sex marriage except the Attorney General’s Office which had been ordered not to defend it by Governor Brown. Of course that could change as fast as the next election, and as soon as California’s voters get some brains, and so the battle for California’s soul rages on. So just don’t believe all of the liberal spin that you hear in the mainstream media. – Scott Rohter