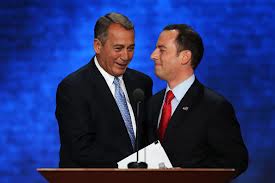 The Republican Party is an American Train Wreck

A billion dollars has been raised and spent by the Republican Party just to lose the last Presidential Election! Even more money has been raised by Republicans to compete in various State and local elections all across America… to contend for Governor’s races, and for positions in fifty different State Legislatures all across the country, and for seats in the United States Congress as well. And the Democrats have been doing exactly the same thing, matching them penny for penny every step of the way! Do you realize how much all of that money could have actually helped our struggling economy if it had been spent in the manufacturing sector, or on retail goods and services? Think about it! Two billion dollars would have provided a lot of hard working Americans with good, decent, and honest jobs. And it would have been a stimulus to our Nation’s economy that would have actually done some good!

Let’s suppose for a minute that our wildest dreams could come true, and that we had the very best conservative candidates running for political office as Republicans all across America, and they were all just suddenly elected en masse from the President right on down to the local county dog catcher. I know that could never happen, but just for the sake of argument let’s say that it did. And let’s say that on January 1st, 2013 Republicans controlled the White House, the Congress, the Supreme Court, all fifty State Legislatures, and there was a Republican Governor in every State Capital in the United States of America. What would we do with a golden opportunity like that?

Please keep in mind that almost one-half of the country still doesn’t agree with us about social issues. They don’t agree with us on economic principles, or with our core philosophy of limited Constitutional government, nor do they even respect the Constitution or believe in Original Intent! The country is roughly divided into three disparate groups. One part is liberal, one part is conservative, and one part is hanging in the middle somewhere in between, not really knowing what they believe, but just waiting to be persuaded.

Are we going to try to impose our conservative values upon the rest of the country in the form of a conservative tyranny just like the Democrats have done to us for the past four years? Let me remind you of what the Democratic Speaker of the House of Representatives said back in 2009 in the battle over the Affordable Health Care Act, “We will climb any wall. If we can’t climb the wall then we will pole vault over the wall. If we can’t pole vault over the wall then we will parachute over the wall. But we will pass this health care Bill so that we can find out what is in it!” Is that how Republicans should behave if they ever get back into power? How can we do that without becoming just like the Democrats that we despise?

One-third of the country are die-hard liberals who don’t have a clue what it even means to be free! The only thing they know about is free contraceptives and free health care and oh, by the way…  free sex! They don’t have a clue about the personal responsibilities that go along with being a good citizen. The Democratic Party is not the Democratic Party of your fathers! Democrat politics has been reduced to “vagina politics”.

Towards the end of the 2012 General Election President Obama’s re-election team broadcast a political commercial that targeted young women, and likened voting for Barack Obama with having their first sexual experience. It actually compared voting for Obama with having sex!  Essentially this political commercial was saying that having sex with Barack Obama is better than having sex with Mitt Romney! This was an all-time new low, even for Democrats! What little politics there is in Democrat circles that doesn’t revolve around an orifice or an orgasm, or free contraception, or “reproductive rights”, is either about gay rights, gay marriage, or some allegations of latent racism that really doesn’t exist anymore in America!  But these are the recurring central themes that mean so much to Democrat voters. And these are the Democrat issues voters that Republicans need to target with an educational campaign of more substance !

As conservative Republicans why are we so narrowly focused on just winning the next election when this is the state of mind of fully one-third of American voters, with another one-third of the electorate just about ready to go over the “moral cliff” with the rest of them? Political Action Committees, SuperPacs and the R.N.C. have raised and spent over a billion dollars in the last General Election. How much of that billion dollars will ever find its way to the people and the programs that are trying so hard to reverse this hopeless situation in our society, and to reverse the insidious damage that has been done to our culture by our public colleges and universities and our secondary schools, and by Hollywood which is the breeding ground for all of this decadence!

The mainstream media has also played a major role in orchestrating the decline of our civilization by their relentless promotion of a secular progressive agenda for the past sixty years. How much of that billion dollars that was raised this year and just wasted to try to elect Republicans is being directed toward providing conservative alternatives to this Hollywood agenda, and to their stranglehold over our culture and our children? How much is being spent to counter the liberal control of our colleges and universities? And most importantly how much is being spent to counter the near monopoly that liberals have over the broadcasting of news and information to Americans?

We need to challenge the current paradigm. We need to find a way around the mainstream media! And we need to reach out to the next generation of Americans before they are lost too! We need to provide them with better alternatives and actual solutions that really work. Some of the billion dollars that was raised this year for all the political campaigns should be dedicated to achieving these goals, otherwise even if Republicans can somehow manage to win a few elections here and there along the road to irrelevancy, we will always be just one election away from the same ongoing predicament!