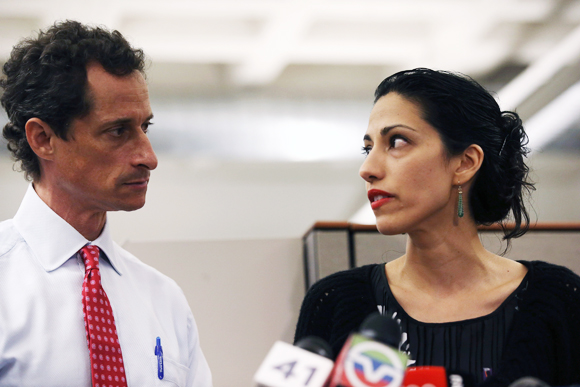 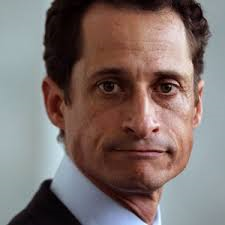 You thought you heard the last of Anthony Weiner when he resigned from the United States House of Representatives in the face of a sexting scandal that occurred almost two years ago, but you’re wrong. He is back in the news again just like another high profile member of the political ruling class from South Carolina. That is former Governor Mark Sanford who lied to both his wife and the public when he was still the Governor of South Carolina. He said he was out hiking on the Appalachian Trail when in fact he was really in South America screwing around with his latest girlfriend. These men are two Achilles Heels would even make Achilles reach for a stronger pair of shoes with more support in the arch.

Former Congressman Anthony Weiner and former Governor Mark Sanford have not let their sexual indiscretions deter their political ambitions. Weiner wants to be the mayor of New York. On the contrary his sexual dalliances are actually helping to make him a household name…  Both of these men have tried to launch new political careers amid their newfound notoriety. Former Governor Sanford has already been successful. He was elected to his old seat in Congress from the first Congressional District of South Carolina in May of 2013. 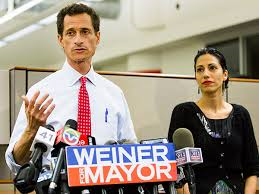 Disgraced former New York Congressman Anthony Weiner is now running for Mayor of America’s largest city, and New Yorkers being the cosmopolitan bunch of progressives they are, are likely to forgive the man and forget his past mistakes, but how can they? He was just recently caught again in another compromising sexting scandal even more explicit than the last one. There are photographs of this Weiner and provocative comments he made to another woman on the internet using his cell phone again.

Like a dog returning to its vomit, former Congressman Weine, who supposedly went through rehabilitation therapy two years ago was recently caught sexting again. What could be wrong with his marriage to senior Hillary Clinton staffer Huma Abedin that causes him to be unfaithful to his wife and look for pleasure in all the wrong places?

He vows not to end his campaign for Mayor though. He is going to try to stick it out, or “stick it in” as the situation permits, and poor Huma will just have to try to stick by her man too at least for now,  the same way that Hillary Clinton stuck by her man during all of his us sexual indiscretions as the Governor of Arkansas and  as the President of the United States. Anthony will attempt to emulate his political hero, Bill  while Huma tries to follow in the footsteps of her political mentor, Hillary Clinton.

A. Weiner isn’t something that you eat for lunch.  It isn’t something that you spread ketchup and mustard on and place between two buns…  It is the name of a former Congressman from New York who resigned in disgrace over a sexting scandal, and now just a little over a year later he thinks he can become the Mayor of America ‘s largest city.   I guess that depends on just how low the morals of most New Yorkers are… If he wins that says a lot about the values of New Yorkers… If he loses then he will just have to live in the political shadow of his more influential wife Huma Abedin, a senior staffer to Hillary Clinton. 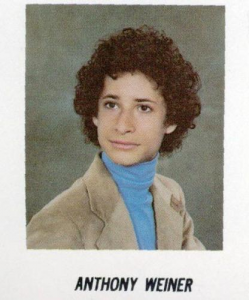 UPDATE… Anthony Weiner did not become the Mayor of New York City… Instead he will serve a 21 month sentence in federal prison for sexting with a minor. Hopefully this will be the end of his political career.