A Perfect Example of Why You just Can’t Trust the Mainstream Media Anymore – Why is the Price of Gasoline Really Going Down? 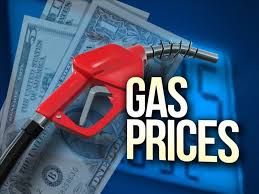 Why is the Price of Gasoline Going Down ?

The Answer Will Surprise You.

The price of gasoline just fell below three dollars a gallon for the first time in over two years. Why is the price of gasoline going down so fast? The answer will surprise you and it’s a perfect example of why you just can’t trust the mainstream media anymore. National Public Radio recently ran a story on the plummeting price of gas and oil. Just as if they hadn’t taken all the lead out of gas the price of gasoline is falling like a lead balloon. In their story N.P.R. speculated that the falling prices are due to everything from increased oil production by OPEC and non OPEC member countries to the rapidly rising value of the dollar. Their story illustrates why you just can’t trust the mainstream media to tell you the truth anymore. Almost everything in their story was a lie. It is part of a nationwide disinformation campaign by the government media complex and the Obama Administration.

The price of a barrel of crude oil is not dropping like a rock because the United States and other oil producing countries have all just suddenly started producing more oil in the last couple of months either. That is absurd. No oil company executive would voluntarily agree to lower the price of gasoline just because there is an American election around the corner. There are just as many oil company executives and shareholders who vote Republican as there are who vote for Democrats.  Neither is the United States government colluding with the Saudis to lower the price of oil just in order to hurt the Russian economy and get Vladimir Putin to reconsider his support for the rebels in eastern Ukraine.. These are all government media lies which are part of a combined effort to misinform you. Do you want to why the price of gasoline is really going down ?  The fact is that oil prices are dropping so fast because Iraq is falling apart. That’s right. Interestingly enough we have our enemies in ISIS to thank for the plummeting price of gasoline at the pump. These murdering Muslim bastards are now in control of some very big Iraqi oil fields and they are selling their newly acquired treasure cheaply on the black market in order to fund their takeover of Iraq. There is a lot of talk about ISIS setting up a so called caliphate in the Middle East but what these disgruntled Sunni Muslims are really trying to do is take back their country from the Shiites we left in control it. Many of the leaders of ISIS are former Saddam loyalists and x-generals in Saddam Hussein’s dismantled army and Saddam Hussein was hung by the Shiite government we left in control of Iraq.

Now the Saudis are dropping the price of a barrel of their crude oil to match the price that ISIS is asking on the black market. That explains why we are in such a big hurry to bomb them to “smithereens”.  ISIS is bad for the oil business and they are bad for the Kingdom of Saudi Arabia too. If ISIS is ever successful in Iraq and Syria then Saudi family control of the peninsula of Arabia is doomed. The United States isn’t bombing ISIS because they are killing other Muslims in Syria and Iraq or because they have just beheaded two Americans either. That is no reason to bomb an entire country. It is a good reason to find the perpetrators who committed those brutal murders and kill them or bring them to justice. We might be concerned because ISIS seems to be threatening the Kurds in northern Iraq, but the Saudis don’t care about Kurds anymore than they do about the Yazidis. The Saudis are dropping the price of a barrel of crude oil to try to cut off the main source of revenue for ISIS because the rise of ISIS threatens their little kingdom and whatever is bad for the Saudis is bad for the rest of OPEC too. That is why the price of gasoline is falling so fast. Life is very strange sometimes. We have those bloody Muslim bastards in ISIS to thank for our good fortune at the gas pump. That’s the truth and you heard it here first and not in the mainstream media.