When it Seems Good to be Bad and You Have Nothing Left to Believe in Anymore.

and everything is totally upside down and crazy.

Recently the B.B.C. ran a story on the lucrative male escort business. That’s right. They did a shocking story just for ratings about male prostitutes in England. If you are a normal, heterosexual British woman you might be surprised to learn that women aren’t the primary clients of these British “rent a boys”.… Nope! Their customers are mainly other men. Of course I am using the term men or male rather loosely here to signify anyone who is born with one X chromosome and one Y chromosome. That would include many different types of dysfunctional individuals who have developed a number of different gender identity disorders during the course of their troubled lives. This includes homosexuals, bisexuals, and of course transgendered individuals.  Most real men in England lost their lives during World War II fighting the Nazis. That’s why there is nothing really great anymore about Great Britain. It is just a figment of its former self. The British people have nothing great anymore left to believe in across the pond and the evidence is everywhere in England.

“British male prostitutes are highly paid professionals that are part of a growing sex industry in the U.K. and they fulfill a vital function in their customer’s lives,” said one very satisfied sixty year old patron of a successful British male prostitute. “They can easily earn as much as 30,000 dollars a month while flying all over the world satisfying their clients’ needs!” But is it their clients’ needs that they are really satisfying or is it merely their gratuitous desires? 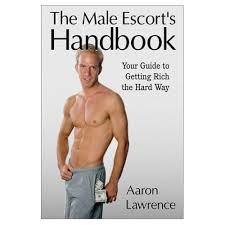 Does anything seem rather upside down and crazy about all of this? If so then you are perfectly normal. Male prostitution combined with homosexuality is what the B.B.C. calls a “growing sex industry”.  Is this merry old England… or has it been suddenly transformed into gay England now?  Everyone wants to be loved and accepted of course, but is this the kind of love that is spiritually and emotionally healthy, not to mention physically healthy for you? It has been forbidden by every major religion for thousands of years for a reason. Nevertheless with London being the principal financial capitol of the world and a leader in promoting progressive ideology, and with thousands of people living and working there from different countries around the world, there is ample opportunity for male prostitutes to earn a lot of money selling their services in the so called sex industry…  They also have plenty of opportunity for upward mobility to stretch a very bad pun.

… And just to show you how mainstream this type of immoral activity has become in merry old England, one of the male escorts who was interviewed for the BBC story boasted of offering his clients a customer loyalty card. After each perverted romp in the sack with his clients he gives them another stamp on their card. After so many twisted rendezvous he provides his customers with another one for free. Now if you are very careful the only thing it will cost you is your soul, but to the B.B.C. in their typical nonchalant manner it is all perfectly normal. Yet there is nothing really normal when good is bad and bad is good, and everything is upside down and crazy.

If you liked this article then please subscribe to my free RSS Newsfeed located at the top and bottom of the page.