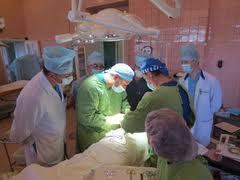 (I Have a Plumber Coming in the Morning…)

There is a great Russian joke. Actually it is more of a Soviet joke, and it was one of President Ronald Reagan’s favorite jokes.  It goes something like this:

“A guy walks into a Moscow car dealership to buy a new car. After submitting to various kinds of background checks, financial checks, family history checks and just about any other kind of investigation that the government  wanted to perform, they finally agreed to approve his purchase of a new vehicle. They said, “You are now in the queue. You can go back home now. We will call you when it’s time to pick up your car in ten years.” The guy asks, “Will that be in the morning or in the afternoon?” The stunned government employee asks, “Why do you care?  I said go home! It will be in ten years.”  To which the distraught man meekly replied, “I need to know because I have a plumber coming in the morning.”

This is a funny joke, but it is a very good illustration of what life is like in a country where everything is run by the government. Americans should learn a lesson from it.  In Soviet society you had to get in line for everything. A lot of Americans simply don’t understand this. They will never understand what a society is like that was created entirely by a government bureaucracy, where the government controlled every aspect of their lives. In the Soviet Union you couldn’t just walk into a car dealership and buy a new car even if you had the money. You needed to apply first, and then you had to wait until you were selected. Then you had to undergo extensive background checks. The government had to investigate you thoroughly before you were permitted to buy a new car. And they investigated where your money came from because most Soviet citizens didn’t have enough money to buy a new car, so in most cases it was assumed that the money… if you had any was made illegally under the table.

The very fact that someone even wanted to buy a brand new car was cause for suspicion. Once the government started digging into your personal background you had better be able to prove that whatever money you had was earned legally. If they discovered anything wrong about a prospective buyer’s background then instead of looking at a new car, they might be looking at a new jail cell, and because of that most Russians would chose to buy a used car instead from another Soviet citizen even if they had enough money to buy a new car. They didn’t care about who you were. They just wanted to sell their car. Most Russians would buy a car from someone who was selling their old car rather than endure the intensive government scrutiny that always accompanied the purchase of a new car. They would always have to overpay too, just in order to avoid the extensive government background checks and the long wait times. That was because so many Russians preferred to buy used cars because of this.

Having pointed out that the wait times were excessive, and the background checks were routine on all major purchases in the Soviet Union, buying a new car was the best example I could give you to illustrate the stupidity of a centrally planned economy. If you needed anything, you always had to go through the government bureaucracy, but of course some people had special connections  and they would receive special treatment. Hence the old saying was born that “Everyone is equal, but some people are more equal than others.” This is a quote from Animal Farm by George Orwell,

So how does all this relate to us in America today, or why should we care about this? We should care because we are about to be introduced to the new “Affordable Care Act” which is a new government administered program. It is supposed to be better and fairer than our current method of providing health care. Democrats are touting that it will save us money and provide us with top of the line, state of the art health care. Well if that is the case then why did they have to pass the legislation in the middle of the night on Christmas Eve in order for us to see what’s in it?  While I chuckle at this bit of Holiday Season irony, you should try to think about what it will mean to you in the future.

“Obama Tax and Doesn’t Care,” as some people are already calling it will be a DMV- like service that is forced on you by the IRS. It will be run with the same type of dignity and government corruption as our Federal Food Stamp Program is run. When did our Federal government ever do anything efficiently? Now, of course some of you are thinking, “But wait Jake, you are talking about buying a car in the old Soviet Union. That has absolutely nothing to do with ObamaCare.”  Yes, I was talking about buying a car in the Soviet Union. That is true, and in the United States of America, the government bureaucracy can be done much better and much more efficiently than it ever was in a decrepit old Soviet tyranny. After all, we have perfected bureaucracy in America so therefore it will be a much more efficient form of state monopoly, and a better engineered government takeover of our health care system. It will be just as superior to the Russian model as the space shuttle was to the old Russian Soyuz spacecraft, right?

Wrong! If you wait for the government to approve you for the benefits that you have already paid for with you taxes like unemployment, Social Security and others, how long do you think you will be waiting in line for your “free” or at the very least “affordable” health care. Is it going to be the type of medical care where anyone can come in and get anything they want? Do you think that your visit to the doctor will be either painless or simple?

We are just beginning to see little glimpses of what ObamaCare is going to be like. There are already glitches signing into the on line insurance exchanges. These are just the beginning of sorrows. It will be just like the lyric in song , Hotel California by the Eagles, “You can check out any time you like, but you can never leave.” Once you opt in to “Obama Tax and Doesn’t Care”, you will no longer be able to opt out, or you might be able to, but you will face stiff penalties and fines that will teach you the cost of not desiring something from the government that is supposed to be good for you. It was very sad how this law of the land was passed by Congress, behind closed doors on Christmas Eve. Some argued that it was for the “greater good.”

May God help us now!