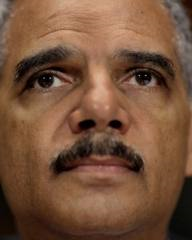 Voting Rights – It is All in the Eyes of E.Holder

The Political Circle of Life

The word progressive can mean either one of these two entirely different ideas when it is used. The meaning has to be determined from the context in which the word is used, but sometimes that is not possible.  For instance, the word progressive comes from the root word “progress”, but progress is in the eye of the beholder. It can be viewed as either good or bad. Progress has a definite subjective value attached to it at all. Progress is generally understood to be a good thing, however it can be entirely the opposite at times. Progress simply denotes a change n from a previous position, but whether that change is good or bad is all in the eyes of the beholder. In the case of voting rights it is all in the eyes of Eric Holder, the embattled Attorney General. 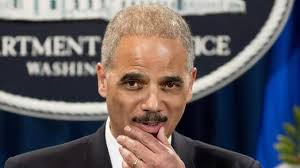 Right now Eric Holder is suing the State of Texas to overturn their voter registration laws. They seek to ensure that only people who are legally entitled to vote in Texas can in fact vote. The 2016 General Election will hinge on the ballot returns from two southern States… Texas and Florida which are increasingly becoming overrun by illegal aliens who reliably vote Democratic.  Texas is trying to ensure that only people who are in our country legally can vote in Federal Elections. The Obama Justice Department on the other hand is trying to make sure that all of the illegal aliens in Texas are registered to vote in time for the next General Election in order to ensure a Democrat victory in Texas and thus in the Electoral College.

May I suggest to the State of Texas that they simply stop welcoming so many illegal immigrants to the U.S.A.  They should take away some of the incentives that cause so many illegal aliens to wind up in the State of Texas, like in-State college tuition benefits at Texas colleges and universities. If Texas wasn’t so friendly to illegal aliens and they just moved to a Blue State than they wouldn’t have such a significant impact on our next Federal election.

The term progressive has a subjective element to it.  What you view as progress really depends upon how you view the world around you… Do you view progress as an straight line in one direction or is it more like a never ending circle. I think too much progress in any particular direction eventually brings you right back to where you began on the political circle of life. Politics like so many things in life is a delicate balancing act, and the best position on the circle is the location that provides you with the best balance.

When our country was founded in the 18th century our Founding Fathers were viewed by their contemporaries as very progressive. The other countries of the world were still ruled by Kings who  believed in such nonsense as “Divine Right”. The forward thinking intellectual leaders of their day were John Locke and John Milton. They preached the values of the Enlightenment.  Thomas Jefferson, James Madison, John Adams, and George Washington were all great fans of theirs, but they would by no means be considered progressive today. Our Founding Fathers and the men who inspired them that were the great philosophical leaders of their time would not be considered enlightened anymore by a progressive’s standard today. The word progressive has come to mean something entirely different today then it meant to Thomas Jefferson or James Madison. The men who created our country are viewed by today’s progressive standard as rather backward Neanderthals who did not drive cars, or use computers, or even enjoy the simple benefits of in-door plumbing.. I shudder to think what today’s so called modern progressives would think of the Old World intellects who discovered gravity, or wrote the ancient Greek and Roman masterpieces, or translated the Bible more less what they would think of the ancient Hebrews who actually gave us the Bible…

If you enjoyed reading this article then please subscribe to my free RSS Newsfeed above and join me and other concerned patriots at www.wepluribus.net