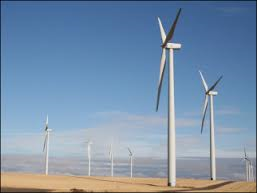 It was a packed house. Every seat in the room was filled. There wasn’t a vacant space left in the parking lot either. The little room was crowded with concerned residents of Lane County who came to hear about Eugene Water and Electric Board’s plans to sell its upriver customers to another electric company for some much needed cash after making a series of  poor investments in wind and solar energy projects.

Eugene Water and Electric Board’s financial troubles can be at least partially traced back to the collapse of the now defunct energy giant, Enron.  After this major  corporate scandal EWEB decided that they would never again be caught short of electricity so they made some substantial investments in alternative energy projects, but these investments proved to be very expensive and they have not paid off . This is due to the fact that the energy they generate is being sold at a loss because the Federal Government sets the prices of electricity generated by the Bonneville Power Administration so low that EWEB cannot sell its own wind and solar energy at a profit… When you factor in the high cost of re-licensing the hydro-power facility it owns at Carmen Smith Reservoir and the other dams that it owns in Lane County the price of generating electricity from its own sources is uncompetitive.. This supports a long standing theory of the Austrian school of economics which is that whenever the Federal Government gets involved in the free market, its manipulation generally makes a mess of everything.

EWEB’s latest hair brained scheme is to sell its McKenzie River Valley customers to another electric utility company in order to raise money. It is just another one of EWEB’s unpopular proposals that they come up with from time to time similar in nature to the land confiscation proposal which they supported several years ago. That plan was known as the 200 Foot Overlay Map and it left McKenzie River Valley property owners so mad that they turned out in large numbers to defeat the proposal at a Lane County Board of Commissioners meeting.

That proposal was actually an assault on the 4th and 5th Amendments to the United States Constitution which are intended to protect private property rights. The 200 Foot Overlay Map would have taken away 200 feet of private property from every rural Lane County property owner who owned land with surface water on it, and EWEB wouldn’t have had to compensate anybody a dime for their “acquisition” of this valuable real estate. The surface water could have been in the form of a river, a creek, a pond, or even a seasonal drainage ditch. In my case it would have taken away much more than 200 feet because I have several small streams on my property. This very unpopular proposal generated a standing room only crowd at a Lane County Board of Commissioners meeting where the idea, as well as three Lane County Commissioners were all shortly thereafter disposed of. The idea of the 200 Foot Overlay Map was quickly shelved, and all but one of the County Commissioners who supported the plan were replaced in the next General Election. While EWEB may not have come up with this proposal.. they supported it in that they were conspicuously silent and neutral through the whole process.. They certainly didn’t oppose it. 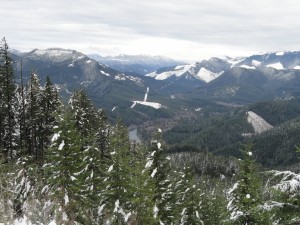 EWEB’s latest proposal to cut its territory and to sell off three thousand of its longtime, valuable customers to Lane Electric in order to raise  money for its cash strapped operations was met with a packed house full of very skeptical McKenzie River Valley residents at a September 17th meeting in the little town of Leaburg. The meeting room at the fire station was so crowded that the door had to be opened because many people were sweltering in the heat generated from the presence of so many people crowded into such a little room. EWEB estimated the crowd to be at about 120 people, but my guess is that figure is probably low. Regardless of the exact size of the crowd there was no disputing the fact that the attendance at EWEB’s September Board Meeting was much greater than normal.

The item on the agenda that stirred up so much interest was the so called “service territory transfer” of EWEB’s McKenzie River Valley customers to Lane Electric. This is pure doubletalk and spin for a sale and acquisition of a integral part or EWEB’s territory by another electric company that would put a mandatory smart meter on all of our houses.  If smart meters are such a good idea I asked the representative from Lane Electric, then why don’t you allow your customers to choose whether they want one or not? The question went un-answered.

Let me tell you a little bit about smart meters. Smart meters are designed to do two things. They are primarily designed to eliminate jobs… specifically the jobs of the meter readers at a time when Americans need those jobs more than ever. Secondly they are intended to provide the electric utility companies who use them with all of the information they need to charge you more money for electricity during peak hours, not less money for electricity during off peak hours. Do you know of anyone who is going to change their lifestyle,  or alter their use of electricity just because their is a different kind of meter on their house?.. It isn’t going to happen. We will all be forced to pay more to use the electricity we want when we want. That is the idea behind the promotion and the use of smart meters.

EWEB offered comparisons which shed a favorable light on the proposed sale and acquisition by Lane Electric. They offered assurances that no sale would proceed unless it had the full support of the community. There were glaring contradictions however in EWEB’s presentation such as when their general manager Roger Gray said that EWEB was becoming more focused on providing electricity in an urban environment and as such it was just too inconvenient or inefficient for them to drive all the way up river to repair our power lines when there was an electric outage., but then in the very next breath he mentioned that EWEB’s operations facility and Lane Electric’s operations center are within a few miles of each other. My thought was that if their operations facilities are so close to each other, then why is it inefficient for EWEB, but it is efficient for Lane Electric?

Let’s face it. EWEB just doesn’t want to provide electricity to our little community anymore. They are trying to divorce us as one member of the community so aptly put it. It only seems inefficient to some because they don’t want to fulfill their responsibilities. They would rather do something else. There is no valid reason why it is any harder for EWEB to drive up here to service the transmission lines than it is for Lane Electric and to be perfectly clear it is only a short thirty five mile drive. Century Link isn’t looking to divest itself of their telephone and internet service users up here so why is EWEB? On the contrary I am constantly being propositioned by Century Link in order to sign me up for more of their services.

There were some obvious gaps in the presentation last night such as when I asked the spokesperson for Lane Electric why they didn’t offer an opt out program for  customers who didn’t want a smart meter on their house. He admitted that was the case. “There is no opt out program at Lane Electric”, he said. He did not offer any explanation why. If and when EWEB ever decides to use smart meters, they will allow those who don’t want one to opt out of the program.

An EWEB spokesperson pointed out that the McKenzie River Valley customers don’t have our own elected member currently on the Board of Commissioners. Then in the next sentence he went on to explain that there was actually a member on the Board of Commissioners that represent sus.  That Board member is the President who represents the community at large.

All of this was typical of the jive talk and the sales gimmicks that were a part of the presentation that was employed by both EWEB and Lane Electric representatives at their meeting in Leaburg. When I pointed out that EWEB could easily arrange to add another member to their Board of Commissioners to specifically represent their upriver customers they acknowledged that was indeed a fact, but said that the ultimate decision would have to be made by the Eugene City Council.

After an hour long Q and A session that was peppered with equal measures of curious questions and diplomatic answers, someone in the audience suggested that we take a vote on the proposed sale and acquisition with a show of hands.  A vote was then taken and it wasn’t even close.  The vote was about 4 to 1 opposed to the sale. Then there was an acknowledgement from the President of EWEB’s Board of Commissioners that the majority of people in the room were obviously opposed to the sale, and yet in spite of the assurances that were given at the start of the meeting that they would not proceed with this sale without the general support of the community, a plant in the audience suggested that they needed to do more work in order to educate the public about the so called advantages of the proposed sale and acquisition.

The next thing you knew, several members of EWEB’s Board of Commissioners jumped at that suggestion and promised that they would be happy to do that, and also that they would continue to explore the possibility of selling off their upriver customers.

When someone in the room asked if they were actually going to follow our wishes or not I remarked, “Just think of them like Congress. We elect them to do what we want, and then they just ignore us and do what they want.

If you liked this article please sign up for my two free RSS Newsfeed right here at the top of the article and also at www.lessgovisthebestgov.com