Not One More Dime, Not One Damn Nickel, Not One Red Cent! 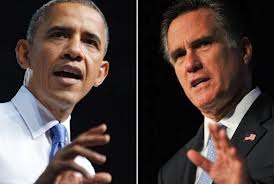 Not One More Dime, Not on Damn Nickel, Not One Red Cent!

Whether Barack Obama actually won the 2012 General Election fairly and squarely, or whether he won it by hook, or by crook is a little hard to tell.  However the progressive Establishment which supported both candidates in the General Election are the real culprits who rule our country. They are also the real force that we have to contend with every time we vote because they exercise their overall control of our country privately, behind the scenes, regardless of due process or popular elections. These elitists refuse to relinquish the reins of power no matter who is elected every four years, and they have their political proxies and accomplices located inside of each political Party to make sure that they get what they want.

Both candidates in last year’s mock General Elections had already received their official seal of approval from these powers that be in Washington or they wouldn’t have made it past the Primaries. So as far as the Establishment is concerned it really didn’t matter which of the two final candidates actually won…  Barack Obama or Mitt Romney. Both of America’s major political Parties are fully loaded with yes men and women who will do the bidding of the real rulers of our country, and whatever else they are told to do in order to climb the political ladder of success.  That is how they can entertain their overinflated allusions of grandeur as the chairs and key members of select Congressional committees. That is the way the game has always been played in our country from our nation’s capital all the way down to our local town halls.

During the next four years the Republican led House of Representatives needs to block every Bill that Democrats put forward in the U.S. Senate. They need to cut off every excess nickel to the White House! But what are the chances that the current Republican leadership in Congress will actually do that?…   The chances of that happening are zero to none. That is why it is incumbent upon us and it is our responsibility as members of the Tea Party who are in the forefront of the Conservative Movement to hold their feet to the fire, and to hold them fully accountable for what they don’t do as well as what they do do…. and I do mean doo-doo! We must insist that they stand in the way of any further increases in the Federal Debt. We must insist that they stand in the way of any pathway to citizenship for millions of illegal aliens who do not even belong in our country. And we must also insist that they stand in the way of, and block any more infringements of our Second Amendment Rights.

It is time that we as conservatives start to show a little backbone and flex a little of our political muscle. Don’t give the RNC one more dime. Don’t give them one damned nickel. Don’t give them one red cent. If we have to starve the GOP in order to get them to listen to us then we should be willing to do that.  We should only contribute money to individual candidates who actually support Tea Party principles. We should deposit every single fundraising mailer we receive from the GOP or the RNC straight in the garbage where they belong right along with the rest of the junkmail. If there is any way that we can get them to actually listen to us,  it will be through their pocket books not their ears. So don’t volunteer to contribute any more of your valuable time to the Republican Party either.

For the next four years we can do almost nothing about Barack Obama and the Democrats who are now in control of the Senate. Those battles have already been lost due to in large part to RINOs  in the Republican Party and  because of other Establishment types who are in control of the Republican Party. The most prominent of these RINOs are Reince Priebus, John Boehner, Eric Cantor, and it now looks like Paul Ryan too. The most that any of us can do now is to try to bring the Republican Party to its knees by denying it the funding and the volunteers that it needs to exist. We are not ready to defeat the Democrats in 2014 until we first beat the RINOs who are in control of the Republican Party in 2013. That should be our main goal for the next year, and I can assure you that it will be a formidable goal after seeing how badly the Republican National Committee changed the convention rules at last year’s National Republican Convention in Tampa. We definitely have our work cut out for us. The key test to see who actually is, or who is not a real conservative is whether or not they support the United States’ withdrawal from the United Nations. Ask them.