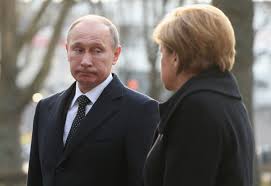 The real reason that America is interested in Ukraine has more to do with oil and natural gas than it has to do with democracy!

Russia isn’t the only country that is lying about its involvement in Ukraine. The United States is lying too, and so is the European Union. No one is telling  the truth about what is really going on over there and why… but the one who lied the most to the American people was the Obama Administration. Barack Obama  didn’t think that Americans deserved to know the truth about what his Administration was doing over there by supporting the coup which led to the overthrow of President Victor Yanukovich or why Joe Biden was always traveling there and holding high level meetings with leaders of the American backed insurgency which ultimately became the government in Kiev…  To Barack Obama and Joe Biden you are just another “taxpaying unit” who doesn’t deserve to be heard from until and except on April 15th. The American flag is just something they wrap themselves up in whenever they want to conceal the real intent of their actions from you…

After the American backed insurgency was successful in ousting the legitimately elected government of Ukraine the Obama Administration then claimed that the referendum which occurred in Crimea and the counter revolution which resulted in eastern Ukraine were not home grown rebellions because they either were supported or received aid and assistance from a foreign country namely Russia. The original revolution which was supported and received the aid and assistance of the United States of America, that was not tainted by foreign interference.  If aid and assistance is the measure by which you are to judge whether a revolution is homegrown or not, than by that standard our own American Revolution of 1776 would not be homegrown rebellion because it received aid and assistance from France. The help that America’s founding followers received from a foreign country during our war for independence did not render the American Revolution any less homegrown or our motivations any less sincere than those of Ukrainians who demanded their independence in Crimea or those still fighting for their freedom in Donetsk, Slovyansk, and Lugansk. President Obama’s words were all the more hypocritical when you realize that it was his Administration that supplied the bombs that were dropped on those freedom fighters by the American backed authorities in Kiev. 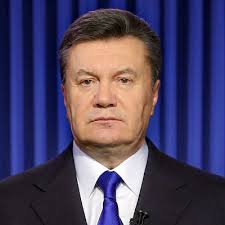 The United States has condemned Russia for its support of the referendum in Crimea and for its support of the rebels fighting in eastern Ukraine. It claims Russia has repeatedly violated Ukraine’s national sovereignty and its territorial integrity. Perhaps our own government should examine its role in supporting the coup which led to the overthrow of President Viktor Yanukovich.

The Russians should just admit that they are providing military assistance to the rebels in Donetsk because the United States government supported an illegal coup and along with the European Union it is now supporting an illegal government in Kiev, but as I have already noted… everyone is lying about what they are doing in Ukraine especially our own government. The Russians are only there to counterbalance our own involvement. What we are doing there is far more sinister because it is half way around the world. As it turns out our government is meddling over there to  provide new sources of revenue for American oil companies  and so certain politicians can enrich themselves at the expense of Russian American relations.

The real reason that the United States is interested in Ukraine has nothing to do with democracy. It has more to do with the price of oil and natural gas than it has to do with anything else. There is nothing principled or high minded about what we our doing in Ukraine, but thanks to a fracking revolution in the oil industry the United States is awash with more oil and natural gas than we know what to do with. As a result of this the price of oil and gas was naturally going to fall unless new markets for our surpluses were found…  That explains why there was such a frenzied effort to construct new liquefied natural gas terminals a few years back along our southern and western coasts to export these surpluses abroad to Europe and beyond.

Meanwhile the United States was busy providing the political fuel to foment a revolution in Ukraine simply because our energy companies wanted to provide the fossil fuel to heat millions of European homes. It is a well known fact that the Russian natural gas pipeline which supplies Europe with most of its natural gas runs right through Ukraine… So in an effort to supplant Russia as the main supplier of Europe’s natural gas our own government decided that political disturbances in Ukraine were “necessary”, and that a return to the Cold War with Russia was “acceptable.”.  Meanwhile in order to fend off what they see as American encroachments into their supply chain, Russia in conjunction with its major importer of natural gas (Germany) is constructing a new pipeline which bypasses Ukraine altogether. It is being laid under the Baltic Sea between St. Petersburg and Hamburg, and it is scheduled to be completed in the Fall of 2019. It is called Nordstream 2,  and it is largely being financed by Germany.

For the past eighty years America’s foreign policy has been dictated by a very small clique of corporate CEOs and executives who have wielded tremendous power and influence over our government through various think tanks and institutions like the Council on Foreign Relations. You can hear the echoes of their choices in the voices of the mainstream media which is also very tightly controlled by a mere handful New York liberals who are all members of the Democratic Party. American politicians talk about putting sanctions on “Russian cronies in Vladimir Putin’s government”, while the Council on Foreign Relations has provided nearly every U.S. Administration since Woodrow Wilson with its very own selected corporate cronies who do its bidding.

Perhaps the American mainstream media should focus a little more on the cronies within our own government then on the cronies in the Russian government. They could start by examining the role of the Council of Foreign Relations which has placed its members in key, strategic positions in every American administration since the end of World War I. For additional information on the Council on Foreign Relations (C.F.R.) please click here.

If you liked this article please let me know by clicking the LIKE Button below.