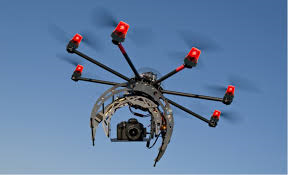 Prying Eyes in the Skies over America

The Disturbing Presence of Video Surveillance in our Lives

“There have been enough violations of our civil liberties, enough infringements of our Constitutionally guaranteed Rights, enough warrantless searches in the name of National security, enough video surveillance of law abiding Americans, and enough immigration from Muslim countries… Enough is enough. We are a Nation that is too deeply divided.” –  Scott Rohter 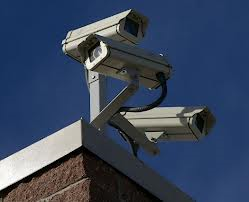 America is bitterly divided, so divided in fact that we can’t agree on anything anymore. We are divided in many different ways by many different things. We are divided by race, religion, ethnicity, politics, and economic status. This is good news for Democrats who frequently like to play the race card, the sex card, and the poverty card. We are divided into men and women, rich and poor, old and young, married or single, religious or secular, Christian and Jew, and now Muslim, Blacks and Whites, Anglos and Hispanics, liberals and conservatives, Democrats and Republicans, patriots and progressives, and in countless other ways too numerous to mention. With all of this division in our country there is always a way for Democrat politicians to pit one group of Americans against another.

We are so hopelessly divided that it looks like we will never agree on anything again as a Nation. We can’t even agree on the most basic things… Our elections are decided with less than a simple majority of the popular vote. There is never a mandate to move forward in any particular direction. Consensus is not possible. Politicians are dishonest, and the mainstream media routinely and systematically lie to us and cover up for corrupt public officials every day. Take for instance the conspiracy to cover up what actually occurred at our Embassy in Benghazi, or the complete news blackout going on right now at the trial of the abortion doctor, Kermit Gosnell in Pennsylvania.

When the Old Media is not deliberately outright lying to us, they are unwittingly being used by the current administration to broadcast misleading information in a concerted effort to manipulate and control public opinion. Our leaders have forsaken honor. Integrity is lacking. Money is everything. It’s all about money… money and power. Elections and public policy are determined by slick Madison Avenue marketing campaigns that manipulate public opinion much like a physical therapist maneuvers a broken limb. And the results of these elections are counted in a procedure resembling foxes guarding the hen house… a process that is generally and widely presumed to contain ample amounts of voter fraud. There is nowhere to go from here but up really from this all-time National low, yet who or what will give America a gentle nudge in the right direction so we can begin to pull ourselves up by our bootstraps as a society, and put some time and distance between us and this all too familiar status-quo? 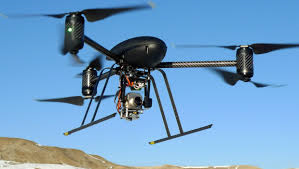 It certainly won’t be National Public Radio. This morning I heard some very troubling news on that scion of new world socialism. They reported that certain universities in America are now offering students college courses culminating in a degree in unmanned aerial surveillance technology. In other words they are teaching the next generation of American college students how to pilot drones in our homeland. Keep in mind that this is for civilian and police work, not for military use. Is there no end to how low our elected officials will stoop, or how far down the road to socialism and tyranny they will lead us? Why do we need to train a veritable civilian army of unmanned aerial surveillance pilots to fly reconnaissance missions here at home? For what purpose? Do we need to make it any easier to spy on Americans under The Patriot Act, and The National Defense Authorization Act? Are we preparing a work force of joy stick snoops just to keep tabs on loyal American citizens?

After the twin Boston Marathon bombings it is obvious that security cameras are watching just about every move we make on the streets of Boston and New York City these days. In New York all of the data from all of the digital cameras is being collected, stored, and integrated into one big central data base which can filter and search all files for any particular query. For instance, “Show me all persons carrying a backpack in Times Square on April 25 between the hours of 3pm and 5pm in the afternoon”, or  “ Search a certain block on 5th Avenue for all persons wearing a blue shirt during the lunch-time hour.” 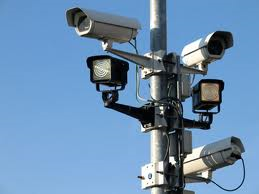 We are told by the authorities that once we step out of our own front door, we have no reasonable expectation of privacy anymore. So say the illustrious men and women of our United States Supreme Court, but that is not exactly what the U.S. Constitution says. The Fourth Amendment to the Constitution reads as follows. “The Right of the People to be Secure in their Persons, houses, papers, and effects against unreasonable searches and seizures shall not be violated…”  Secure in their Persons… is followed by the phrase Shall not be violated.”  In other words we are supposed to be secure from unreasonable searches even when we are not in our own houses. We are supposed to be safe from this kind of witch hunt without a warrant… But that is not what occurred in Boston.  And that is not what occurred in Watertown in the aftermath of the bombing. Heavily armed police swat teams assisted by the FBI and ATF agents stormed into innocent people’s homes and ordered them to get out of their houses at a moment’s notice at gun point. Everyone in America is now routinely being spied upon every day of their lives by the government, thanks to this kind of misguided thinking on the Supreme Court.

Is it reasonable to assume that if you are just out for a leisurely walk, or if you are jogging to or from work, or home, or from your car that you should daily be subjected to what amounts to routine video surveillance? Why? What crime are you accused of? What crime are millions of New Yorkers even suspected of committing that justifies this kind of dragnet surveillance?  Other than the fact that we are all descended from Adam and Eve, and we all bear the consequences of original sin… we are all still presumed to be innocent until proven guilty under our Constitution. That’s the way it is supposed to be. Innocent until proven guilty does not mean being subjected to unwarranted video surveillance every day without even being suspected of committing a crime. Why are millions of New Yorkers who are walking the streets of Boston and Manhattan today who are not accused of committing any crimes, being routinely spied on and subjected to what amounts to be video camera reconnaissance missions? 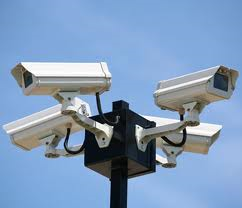 We wouldn’t need to resort to extreme measures such as mass video surveillance of the general population,  or offering college degrees with a major in unmanned aerial surveillance technology (drone piloting for civilians) if we stopped allowing immigration from Muslim countries. America doesn’t need more Muslim immigrants. The fact is that we don’t need any more immigrants at all really. There are more than 315 million people living in our country. Muslims don’t add anything that we desperately need in our society. There are just not that many Americans who are dying to eat tabouli. The immediate and long term risk posed by emigration from Muslim countries and the side effects far outweighs any potential benefits resulting from this so called “cultural exchange”. The side effect of this unwelcome immigration is that we are all losing whatever remains of our civil liberties.

We have to endure long waiting lines at airports, thorough pat downs and strip searches before we are allowed to board planes and trains, omnipresent video surveillance by land and by air, armed police officers barging into our homes and ordering us to get out at a moment’s notice without a warrant, and now apparently police drones snooping out our residential neighborhoods. Who in their right frame of mind thinks that having a few million stiff necked Muslims living in our country is worth all of the risk that they pose and all of the restrictions on our liberties that their presence in our country imposes on the rest of us. I don’t!  Do you?

If you liked this article then join me and other patriots at www.wepluribus.net