Down in the Fox Holes with Women on the Front Lines 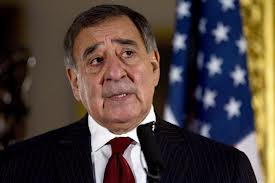 President Obama has decided that the solution to the out of control problem of rape in the military is to remove the combat exclusion for women which prevents them from getting into fox holes with men. That’s kind of like saying that we can solve the problem of teen age pregnancy by allowing young boys and girls to sleep together in the same bed. Removing the combat exclusion for young women in the military will allow women in the infantry to be right there in the danger zone with all of their male counterparts if they are ever needed… and boy oh boy are they ever going to be needed, because most of the men in the military are going to be gone soon. They are not going to re-enlist, nor volunteer to serve in the military’s new social experiment. A lot of the social engineering in the military began when Leon Panetta was our last Secretary of Defense.

Between openly gay males, and real women serving in combat roles now, a real man just doesn’t stand a chance in today’s politically correct army. But for the time being the real men in the infantry will just have to try to contain themselves, and keep their male parts totally out of the fox hole altogether although no one in the Nation’s socially re-engineered army is exactly sure just how mixing men and women in combat assignments is actually going to work. Nevertheless it is an incredible social experiment, and as with all experiments the important thing is to collect all of the evidence. 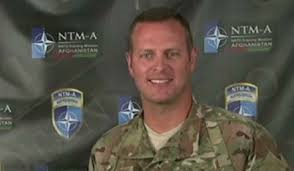 So far the evidence is coming in loud and clear, and it is overwhelmingly negative…  There are so many red flags going up it is just crazy. This is probably the most sarcastic article I have ever written. To begin with during the past year there were more rapes in the military than in all previous years. In fact sexual assaults in the U.S. military are sky-rocketing. There were over 500 sexual assaults committed each week during 2012, and over 26,000 reported sexual assaults for the whole year.

The Air Force’s top officer in charge of preventing rapes and sexual assaults is Lieutenant Colonel Jeffrey Krysinski, but  even he is accused of groping a female recruit in the parking lot. Isn’t it nice how progressivism works so well? Don’t you just want more and more social engineering projects forced on you by the all-knowing United States federal government?? The Feminist Movement has literally emasculated the American male, and now they are going after what’s left of the U.S. military. The next thing we will hear is that President Obama has decided that the solution to this out of control rape problem in the military is just to get rid of men in the army altogether, and to commission an all-female, or a part female/part gay fighting force.

That way we can just totally eliminate all of the real American males… in other words those who have done all of the real fighting, and won all of our real wars, and defended our country for the past 200 years… Of course that was when we were actually allowed to win a war if we had to get involved in one, which we are not allowed to do anymore. But men have proved themselves to be too much trouble. There is just way too much fighting going on in the military both on and off the battlefield when men are in the army. The male urge to fight is just too way too problematic for today’s politically correct United States military. So removing men altogether from the army it is thought would help to improve unit cohesion. That’s what our nation’s politically correct military geniuses and their civilian overlords are thinking.  If we actually had a fighting force composed of women and gays, so their thinking goes… then everyone would get along a whole lot better, and that’s really what matters most in America’s new politically correct army. 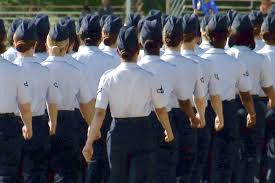 Who cares whether an active duty combat unit can actually fight anymore, or survive  a real battlefield engagement? The important thing is that everybody is getting along together down there in the fox holes while they are fighting and dying for our country. Without any real men in the military at least no one would be watching a woman’s backside when they were supposed to be watching her back instead.

Now we can finally solve the perplexing problem of women getting pregnant in the military while they are on active duty. There is also another advantage of having a completely non-masculine army… With the new gender neutral bathroom rules now being proposed in Congress, and the Nation’s cost conscious top military brass always pinching pennies, they will now be able to save millions of dollars in lavatory construction costs in order to spend it on more cutting edge social experiments. Isn’t progressivism nice?

If you liked this article please subscribe to my free RSS Newsfeed on the Home Page of this website… and also considering joining me and other patriots at https://www.wepluribus.net