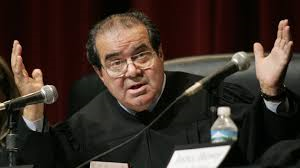 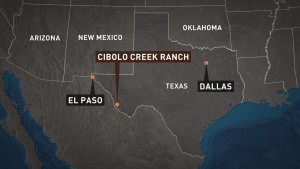 Even before the body of Supreme Court Justice Antonin Scalia was found dead in his bed at a remote Texas ranch just fifteen miles from the Mexican border President Obama has been accustomed to getting away with murder. He has been getting away with murder just about every day for the last eight years. So then it doesn’t come as a surprise that neither his Department of Justice nor the FBI conducted a thorough investigation into the suspicious circumstances surrounding the death of America’s most conservative Supreme Court Justice.  No one performed an autopsy to check his body for any possible signs of foul play, and no one bothered to run a background check on the employees who worked at the ranch in order to determine if anyone working there was an illegal alien or had ties to a Mexican drug cartel.

Justice Scalia had just finished eating dinner when he advised the people he was dinning with that he didn’t feel very good and he retired to his room. The next morning he was found dead in his bed with a pillow over his head.. Just like that America lost its greatest conservative Supreme Court Justice and its strongest advocate for the doctrine of original intent which Justice Scalia liked to refer to as “purposivism”. Now the Supreme Court is even more slanted to the Left than it was while Scalia is alive. The only conservative justices left on the Court are Samuel Alito and Clarence Thomas. There are six liberals on the Court including a wishy washy John Roberts and an even more wishy washy Anthony Kennedy. On the far Left are four dyed in the wool progressives: Elena Kagan, Sonia Sotomayor, Ruth Bader Ginsberg, and Stephen Breyer. With the passing of Justice Scalia the Supreme Court will be a hot bed of judicial activism.

President Obama has been getting away with murder ever since he became President because according to the Constitution which he swore to uphold, he is not even eligible to be President. Every day that he sits in the Oval Office is another day that he is continues to get away with murder.  This is because Barack Obama’s father was not an American citizen so regardless of where Barack Obama was actually born he is still not qualified to be the President of the United States. It doesn’t matter whether Barack Obama was born in Honolulu, Hawaii or Nairobi, Kenya. Wherever he was born his father was still not a U.S. citizen so Barack Obama is not eligible to be President. He is not a Natural Born Citizen. 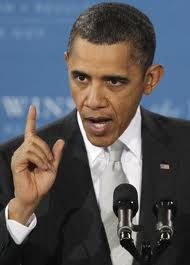 Politics is funny. The last time there was a General Election the Republicans nominated Mitt Romney. He was a horrible candidate to run against Barack Obama in 2012 and he lost in large part because he was a hypocrite. His own universal health care plan in Massachusetts was the model for President Obama’s Affordable Care Act so how could Mitt Romney legitimately criticize Barack Obama’s Affordable Care Act when he had signed his own universal health care plan while he was the Governor of Massachusetts…

Mitt Romney lost the General Election and we were cursed with another four years of a constitutional Trojan Horse in the White House who has not only undermined our Constitution, but he has destroyed our foreign policy, re-ignited a Cold War with Russia, destabilized the whole Middle East, and ruined America’s reputation and standing in the world. Meanwhile the National Debt has doubled from ten trillion dollars to twenty trillion dollars under his watch. 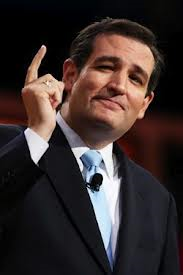 Ineligible to be President

Four years later Ted Cruz was running in the Republican Presidential Primary against Donald Trump. There are similarities between Ted Cruz and Barack Obama.  They are both attorneys who went to Harvard, but that is just the tip of the iceberg. Ted Cruz is ineligible to be President just like Barack Obama is. Ted Cruz was born in Canada  Unlike Barack Obama who produced a questionable Certificate of Live Birth from Hawaii in order to prove that he was born on U.S. soil, Ted Cruz freely admits that he was born in Calgary, Alberta.

Furthermore Ted’s father was not an American citizen when the junior Senator from Texas was born so Ted Cruz is even less eligible to be President than Barack Obama was… If he were ever to win the Republican nomination and somehow manage to become President of the United States then his Administration would only serve to re-establish a very bad precedent which Barack Obama began. We must not elect another child of a foreign national or the foreign born child of one American parent. If Ted Cruz ever manages to become President it will only serve to legitimize every single thing that President Obama has done in the last eight years. I am sure the Democrats would just love that.

This article is about how Barack Obama is getting away with murder… He got away with murder when his Iran Nuclear Agreement Review Act became law without a single United States Senator even voting for it… The nuclear deal with Iran went into effect in much the same way that any of Obama’s other executive orders go into effect…  by a little stroke of the dictator’s pen.

There was no up or down vote on the merits of the Treaty because it wasn’t called a treaty. It is a treaty by another name. The Senate Majority Leader Mitch McConnell simply arranged for a procedural maneuver by which the Senate relinquished its power of Consent over the Iran Deal and allowed the President to have the final say on it. It was called the Corker Amendment. In fact the Senate allowed the President to have the only say on it. Our Senate acted more like a rubber stamp for Julius Caesar than a co-equal branch of our government.

The Senate’s Power to Advise and Consent is more than an inconvenient formality that can be eliminated at the whim of the Majority Leader. If words have any meaning then the Iran Nuclear Agreement is a treaty no matter what the President chooses to call it. According to Miriam Webster a treaty is  as an agreement between consenting nations so by any reasonable understanding of our Constitution the Iran Deal has to be approved by two – thirds of the members of the Senate. In the case of this Nuclear Treaty with Iran our dysfunctional Senate under the leadership Mitch McConnell refused to even hold a debate on the matter. The Senate completely abdicated its authority and allowed this Treaty to go into effect without so much as even entertaining a discussion on it. 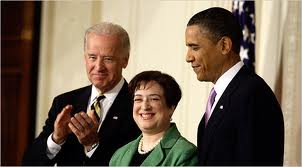 Another way that Barack Obama keeps getting away with murder is each and every time the Untied States Supreme Court hears a case. When Supreme Court Justice Elena Kagan did not recuse herself and the Court struck down the Defense of Marriage Act making “gay marriage” legal in all fifty States it was the just the latest example of how a man who should have never been President is facilitating our national suicide.. It is not the Supreme Court’s job to make gay marriage the law of the land.. The Supreme Court doesn’t get to make laws. That is the job of the people’s elected representatives in Congress,  and as a Lesbian with a direct interest in the outcome of that Case Obama’s newest
Supreme Court appointee should have recused herself.

Barack Obama gets away with murder when he uses the United States military to bomb other countries without a Congressional Declaration of War or when he removes a leader of another country from power  like he did in Libya with Colonel Gadhafi. 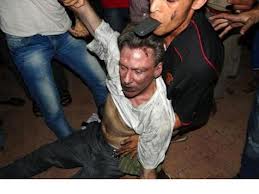 Barack Obama got away with murder when he failed to send American soldiers to defend our embassy in Libya which was under siege from Islamic terrorists. He allowed our Ambassador and three other State Department civil servants to be slaughtered to death by jihadists because it occurred right in the middle of an election and he didn’t want to acknowledge a foreign policy failure. He has never been held personally accountable for the deaths of four Americans in Benghazi so Barack Obama has been getting away with murder for a long time, long before Justice Scalia’s suspicious death.