An Infidel’s Pledge of Resistance 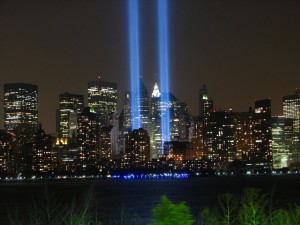 The Infidel’s Pledge of Resistance

Written in commemoration of the twelfth anniversary of the attacks on September 11th, 2001.

I pledge resistance to the Quran

Of the divided States of Arabia… and Iran,

And to the Sharia for which it stands.

One Uma, under Allah, easily divisible,

With honor killings and car bombings for all.

I struggled with the exact wording for this little Pledge which actually started out as a rambling expression of disdain for the barbaric actions perpetrated by Muslims in the name of Allah. I received the inspiration to write this oath from a friend of mine…  While the constitutionality of our Pledge of Allegiance is always being challenged somewhere in our own country by intolerant atheists, we have never had a simple little pledge that epitomizes our undying resistance to the intolerant theology of Islam. It is about time that we do. So I  offer this little Pledge to the American people always keeping in mind our Pledge of Allegiance in order to  point out the vast differences between the Muslim culture of death and our own culture of life. We live in two very different worlds, and we have two vastly different world iewpoints… I was trying to describe these differences between the Muslim World which is known as the Uma,  and the general view of most Americans.. It wasn’t hard to do. I think this little pledge aptly expresses the viewpoint of infidels everywhere when they look at what is going on in the name of the Muslim religion.i

All of the words for this Pledge of Resistance fit together very nicely except for the last verse. I was torn between several different ways of expressing my thoughts in the last verse. I could have written, “With murder and mayhem for all,” or I could have just as accurately wrote “With bloodshed and hatred for all.”  Both statements would certainly be true of course when describing the Muslim World. But there is nothing that is more closely identified with the intolerance of the religion of Islam than the horrible honor killings and the car bombings that occur on an almost daily basis somewhere in the world in the name of their repressive religion. No other religion on earth uses tactics like these to enforce such a strict code of adherence to such a rigid set of rules.  So it was that I chose the last verse to read, “With honor killings and car bombings for all,” because these are the two things that are most uniquely characteristic of Islam. I chose this last verse  to read the way it does to honor all of the people who have died as a result of Islam’s extreme brand of religious intolerance both before and after September 11th, 2001. The deceased persons include both Muslims and non-Muslims. They have all died to appease a false God who is known by the name of Allah. He is better known by the works that are done in his name. I hope that this little pledge will help to shame those practitioners of the so called “religion of peace” into joining the rest of the human race.