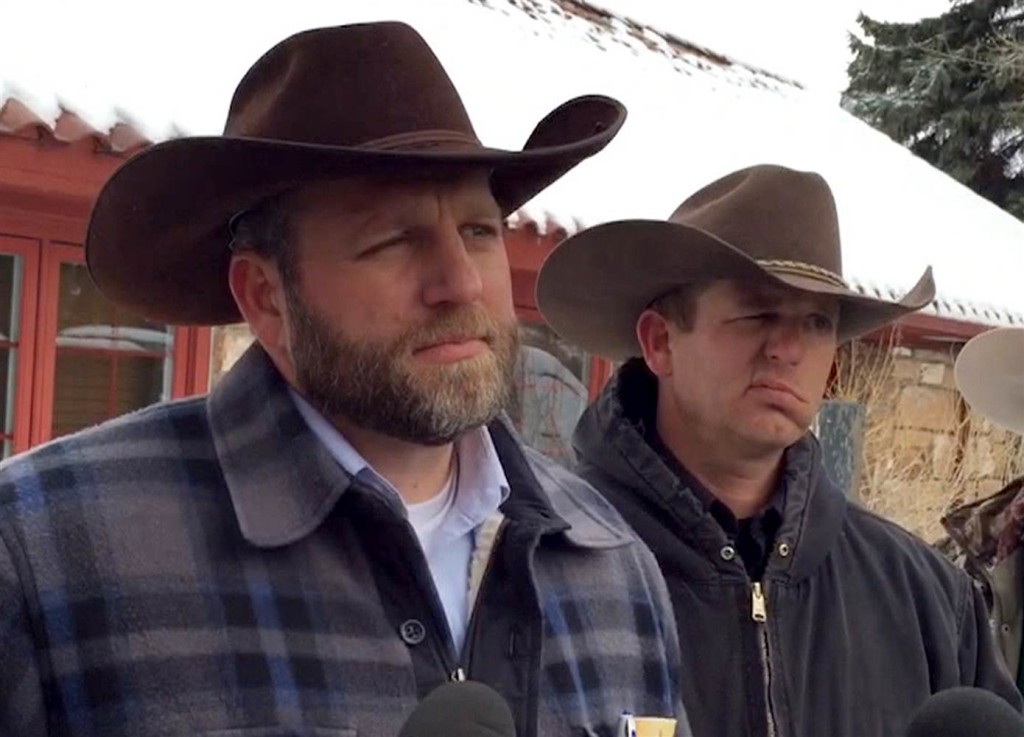 Prisoners of Conscience in an Unconscionable Prison

Webster defines a conspiracy as a secret agreement to perform a wrongful or unlawful act. There are many different kinds of conspiracies, but they all contain two basic elements… They all include an element of secrecy and they all include the intent to do harm. They all begin with a fundamental desire to commit evil for some personal gain. No one has ever been indicted for planning a conspiracy to do good. That is no one until Ammon and Ryan Bundy. They are prisoners of conscience in an unconscionable prison…  As attorney Matt Schindler said in his closing argument. “Conspiracies don’t usually result in a prominent member of Congress getting up on the floor of the U.S. House of Representatives and giving a speech about the government’s abuse of power. People who engage in conspiracies always do so for some personal gain. I have seen no evidence that anyone who participated in the occupation of the Malheur National Wildlife Refuge did so for any kind of personal gain.”

Ammon and Ryan Bundy are two of twenty-six defendants charged by the Obama Administration with conspiracy to impede Federal officers. This charge carries a long prison sentence if they are found guilty. They have already been locked up in an Oregon jail for over six months without a trial. Even the basic presumption of their innocence has been flagrantly violated by the United States government.. If they are convicted of conspiracy they could be looking at a possible prison sentence of six years or more. It’s a severe punishment for merely pointing out to the Federal government that it isn’t following the Constitution respecting the administration of our  public lands.

The Bundys and their co-defendants who refer to themselves the Committee for Constitutional Freedom have elevated the issue of our public lands to the forefront of national attention with their peaceful takeover of the Malheur National Wildlife Refuge in Oregon. It was peaceful at least until the FBI and the Oregon State Police opened fire on the protestors. The occupation of the Refuge which had been closed for the holiday season lasted for about forty days. It only turned violent when the FBI set up a roadblock and fired upon the protestors as they drove to a meeting in a nearby city.  Two Oregon State police officers shot Lavoy Finicum in the back and then refused to provide the timely medical assistance which would have allowed him to live. The protestors never fired their weapons even when they were being fired upon. They never  pointed their weapons at anyone at the Refuge and they never intimidated any government employees because there were no government employees ever at the refuge during the entire time the  protestors were there. The Refuge was closed for the season and it remained closed after members of the community of Burns Oregon learned that the Hammonds had been ordered back to jail and that the government had obtained the first right of refusal to purchase their ranch if and when they ever decided to sell it. The time  the defendants spent at the Refuge was forty days and forty nights. That was forty days and forty nights that some very sincere and loyal American patriots volunteered to spend in the wilderness away from their families and friends in order to advance the cause of State sovereignty and State ownership of public land.

Almost 700 million acres of land has been confiscated from the twelve western States to join the Union starting with California in 1850. This violates the Equal Footing Principle by which all States that entered the Union were supposed to be admitted on the same basis as all of the other States. During the administration of Theodore Roosevelt this confiscated land was transformed into National Parks and Monuments under the control of Congress. Many Americans including the Bundy family would like to see these lands returned to the States from which they were taken so the people who live in these States can decide for themselves how to manage their own land.  No where in the United States Constitution does it give the Federal government the the power or right to own such vast amounts of land… Congress administers more than 700 million acres of land in twelve Western States. The amount of land controlled by Congress through just two federal bureaucracies  (the U.S. Forest Service and the Bureau of Land Management) is larger than most countries. There are only twelve countries in the whole world that are larger than the amount of land controlled by those two federal agencies.

To charge the Bundys and the other protestors at the Refuge who spontaneously and peacefully occupied the deserted Refuge with a conspiracy is to lend a new meaning to the word conspiracy… A Conspiracy is defined as “a secret agreement to commit a wrongful or unlawful act.”  The key words in the definition are secret and wrongful.  The defendants never harmed anyone and they never intended to harm anyone or do anything wrong. On the contrary the government is the only one doing anything wrong. The only people who harmed anyone were the FBI agents and the Oregon State Police who shot Lavoy Finicum in the back and then just left him to bleed to death. By definition, the defendants are not guilty of any conspiracy. The Government is.

The defendants never did anything in secret which is the key element of any conspiracy. Everything they did was out in the open for the whole world to see. Every facet of their act of civil disobedience was covered by media from all over the world. Nothing they did was done in secret. Journalists from around the world converged on the little town of Burns to cover every aspect of the occupation from the very beginning to the very end, and this was exactly what the defendants wanted.  They didn’t want secrecy. They wanted the whole world to know what they were doing. They wanted everyone to know that the United States government is occupying 700 million acres of State land unconstitutionally and therefor illegally. They wanted to stage a peaceful event that would catch the imagination of the whole nation and focus the attention of millions of Americans on the overreach of the Federal government and the egregious land use policies of the Bureau of Land Management and the United States Forest Service.

Since the defendants never did anything in secret they can not be guilty of a conspiracy.

According to definition a conspiracy includes the intent to do harm,  to commit wrong, or to break the law. Ammon and Ryan Bundy only intended to do good. On the contrary the Federal government is breaking the law by continuing to hang on to half of the land in twelve western States. It is violating the Constitution by occupying 700 million acres of State land. It has been violating the Constitution since 1850 when California became the first State west of the Rocky Mountains to join the Union. When it did so it was forced by Congress to relinquish control over 49% of its land within its borders. One hundred and twenty six years later Congress passed the Federal Land Policy Management Act of 1976. This further exacerbated the already unlawful actions of Congress. The Federal government is continuing to break the law by violating the Constitution so by definition the President and the members of Congress are the ones guilty of a conspiracy.

A conspiracy has to include the element of secrecy and the intent to do harm. Neither of these elements was present nor exhibited by any of the defendants during the entire 41 day occupation of the Malheur National Wildlife Refuge. The fact that some of the defendants had guns at the Refuge doesn’t prove anything. They have a Constitutional right to possess firearms. The purpose of the law which states that you can’t bring a firearm onto a federal facility is for the personal safety of the federal employees who work there, but there were no federal employees ever present at the Refuge during the entire time that the defendants were there so a violation of the Federal firearms statute is not even really relevant .

The fact that none of the defendants ever pointed their guns at anyone or fired a shot is the real proof that they never intended to harm anyone.  All of the shots were fired by the FBI and Oregon State Police officers including the three shots that went straight into the back of an innocent 55 year old man with thirteen children. Lavoy Finicum was murdered in cold blood.  The government’s claim that Ammon and Ryan Bundy and five other defendants committed a conspiracy is without any merit, and all the defendants should be and were found to be not guilty.

UPDATE: All seven of the defendants in the first occupation trial of the Malheur National Wildlife Refuge including the so called “leaders” of the conspiracy, Ammon and Ryan Bundy were found not guilty on all thirteen charges as well as on the one count of possessing firearms on a federal facility. It remains to be seen what the Department of Justice will do with the next seven defendants scheduled to go on trial sometime in February on the same conspiracy and Federal firearms charges, or what the government will do with the eleven defendants who already pled guilty under duress while in jail and while being threatened with long jail terms…